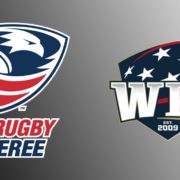 USA Rugby in association with the Women’s Premier League (WPL), who will be kicking off their 10th season August 18, has created  a new match officiating pathway aimed at driving a more sustained professional approach to referees in the women’s game. The arrangement has been created based off of previous models used to help guide both referees and referee coaches into developing a more cohesive relationship with both the WPL teams and their coaches.

The new program will be managed by WPL Referee Development Manager, Amanda Cox. “Amanda has been involved in the Major League Rugby set-up and has a great understanding of the game and developing officials. I am excited to see the WPL take this step with her at the helm.”, said Richard Every Richard Every, USA Rugby high performance referee manager.

Part of the pathway includes the use of the online video system, ADVANTAGE- a video software that includes referee self-review, ref coach review and support, and also allows team coaches access to view the reports and match stats.

As part of the new system, referees and referee coaches needed to apply to be a part of the competition. This ensured a group of top dedicated officials. Nine referees have been selected to cover the forty regular season matches, and they will be supported by seven referee coaches. Referees will work, mostly, with the same referee coach for the entire competition. Creating consistency and to maintain a specific development direction.

The aim of this new platform is to sustain, solidify and grow women’s involvement in refereeing, as they make up the majority of USA Rugby’s referee pool.

“The WPL has become an elite competition, showcasing some of the best rugby in the country and we are very excited about this season. We are confident that the systems in place will provide the competition the match officiating support it deserves and that everyone involved will benefit greatly from the collaborative approach.” Every concluded.