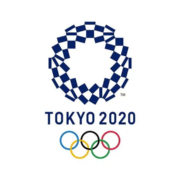 Rugby sevens’ Olympic qualification pathway for Tokyo 2020 has today been confirmed by the International Olympic Committee and World Rugby.

Twelve teams will compete for medals in both the men’s and women’s rugby sevens competitions from 27 July-1 August at Tokyo Stadium.

Japan’s men’s and women’s teams have secured automatic qualification as hosts of the Tokyo 2020 Olympic Games, leaving 11 places in each event to be filled through the qualification process.

Just as for Rio 2016, the top four teams in the men’s and women’s HSBC World Rugby Sevens Series 2019 will confirm their places in Tokyo.

The repechage will take place at a time between the final regional qualification event and June 2020 with the overall winners of the men’s and women’s tournaments claiming the last available places for Tokyo 2020.

World Rugby Chairman Bill Beaumont said: “Rugby sevens’ inclusion in the Olympic Games has had a profound effect on the growth of the sport at all levels. As we enter another Olympic qualifying cycle, teams have everything to play for.

“We are anticipating another thrilling HSBC World Rugby Sevens Series and also expect the regional association qualification tournaments to be highly competitive.

“We look forward to following the fast-paced rugby sevens action across the season ahead as teams come within touching distance of Tokyo 2020 and securing another chance of Olympic glory.”

Rugby sevens will again feature in the first week of competition with matches being played across six days of two sessions per day from 27 July-1 August.

In a reverse of the Rio 2016 schedule, the men’s competition will be played over the first three days, followed by the women’s over the final three days, with the medals to be determined on the iconic ‘Super Saturday’.

Sevens made an impressive Olympic Games debut at Rio 2016 with Australia’s women claiming the first rugby gold medal since the 1924 Games and Fiji’s men winning their nation’s first-ever Olympic medal, with a historic gold that captured hearts around the world.

Following the sport’s successful introduction, recent Nielsen research has estimated that the rugby sevens fan-base grew by more than 30 million as a result, expanding international reach, with emerging markets such as the USA, China, India and Brazil showing substantial growth.

The HSBC World Rugby Sevens Series 2019 begins with the first round of the women’s series in Colorado, USA, on 20-21 October. The full calendar can be viewed here.

BOULDER, Colo. – USA Rugby and the Triangle Sports Commission announced Tuesday tickets for the 2015 NACRA Sevens Championships at WakeMed Soccer Park in Cary, N.C., will be released to the public at 10 a.m. ET Thursday, April 2.

Matches between national teams from across North America and the Caribbean, in both men’s and women’s competition, will take to the pitch Saturday, June 13, and Sunday, June 14, at WakeMed Soccer Park to earn a qualification place at the Rio 2016 Olympic Summer Games.

The men’s and women’s teams from both the U.S. and Canada are favorites to qualify for the 2016 Olympics either through automatic qualification opportunities that conclude in May (World Rugby HSBC Sevens World Series; World Rugby Women’s Sevens Series) or through the 2015 NACRA Sevens Championships. The regional tournament in Cary will see any not-yet-qualified U.S. and Canadian teams taking on teams such as Bermuda, the Bahamas, Jamaica, Mexico, and Trinidad and Tobago in hopes of punching their ticket for the first ever Rugby Sevens competition in the Olympics.

Hosted by the Triangle Sports Commission in partnership with the Town of Cary, the 2015 NACRA Sevens Championships will welcome thousands of supporters throughout the competition weekend. Both single- and two-day passes are available for the event, with premium seats starting at $25 and general admission seats beginning at $15. Ticket information and links for purchase will be available at www.nacrasevens.com starting at 10 a.m. ET Thursday, April 2.

For rugby clubs traveling to the Tar Heel State, special discounts are available for groups of more than 50. For more information on how to purchase discounted tickets, contact Faryn Roy at the Triangle Sports Commission.

The 2015 NACRA Sevens Championships, along with additional regional qualifiers hosted by each of the World Rugby regional associations, will produce one Olympic qualifier from the men’s and women’s tournament. A final repechage tournament will determine the final qualifiers. More details on the qualification process for Rio 2016 can be found on usarugby.org.

About NACRA
North America Caribbean Rugby Association “NACRA” is the governing body of the 16 Unions in the region. It’ membership is diverse and currently includes, Bahamas, Barbados, Bermuda, British Virgin Islands, Canada, Cayman Islands, Guyana, Jamaica, Mexico, St Lucia, St Vincent and The Grenadines, Trinidad and Tobago and the USA. In August 2011 the Turks & Caicos Islands and Curacao were admitted as Associate Members of NACRA and in 2014, the Dominican Republic were also admitted as an Associate Member. 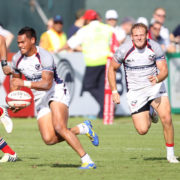 Rugby fans around the world can now sign up to ensure they do not miss out on tickets for rugby sevens’ Olympic Games debut after the Rio 2016 organising committee announced details of its ticketing plans.

The announcement represents an exciting milestone for the global rugby community as anticipation builds ahead of the sport’s return to the world’s biggest sporting stage after an absence of 92 years.

With the global qualification process well underway and rugby sevens continuing to excite, engage and inspire new participants and audiences around the world, demand for tickets is expected to be high.

Residents of Brazil will be able to apply to buy tickets in two draws, first in March 2015 and then in July 2015. For non-residents of Brazil, each country will have an authorised ticket reseller (ATR) selected by its National Olympic Committee and Rio 2016. The list of ATRs will be available at www.rio2016.com/tickets in March 2015, and will be sent to those who register for alerts.

CLICK HERE FOR FULL DETAILS OF THE TICKET SALES PROCESS >>

World Rugby President Bernard Lapasset said: “The announcement is a very exciting and important milestone for rugby fans around the world. It marks the moment when they can begin to plan their Rio 2016 experience in earnest.

“Rugby sevens, with its winning blend of high-octane action, close competition and entertainment, is proving a hit with young audiences, broadcasters and commercial partners around the world. This is why we believe that Rio will love sevens and we look forward to hosting fans in an exceptional arena at the very heart of the Deodoro complex where fans will experience the dynamic athleticism of our rugby sevens Olympians in a unique festival atmosphere.”

CLICK HERE TO REGISTER AT THE RIO 2016 TICKET WEB PORTAL >>

Rio 2016 Ticketing Director Donovan Ferreti said: “Fans will experience this journey like an athlete, preparing and going through stages until the glory of arriving at the Games. With so many attractions, it is necessary to get organised early to ensure you don’t miss the best of the event.”

To ensure that all sections of Brazilian society will be able to attend the Games, more than half of the tickets (3.8 million) will be available for R$70 (about US$27) or less, and the cheapest tickets will be R$40 (about US$15). There will also be some half price tickets available to senior citizens, students and people with a disability, all of whom must have Brazilian residency. Price ranges (in Brazilian reals) for tickets to all sports and ceremonies are available HERE.

You can find out more about rugby sevens and the Olympic Games by clicking HERE.