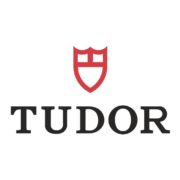 World Rugby and TUDOR have launched a long-term partnership that will see the luxury watch brand support some of the world’s biggest and most prestigious rugby competitions and events.

Reflecting TUDOR’s ‘Born To Dare’ mantra, the partnership also covers Presenting Partner status for the World Rugby Hall of Fame, located in Rugby, England, and the World Rugby Breakthrough Player of the Year Award at the World Rugby Awards in Monaco in 2017 and 2018.

With a shared mission of development and growth by pushing the boundaries, World Rugby joins an exclusive stable of TUDOR ambassadors and sponsorships featuring David Beckham, the New Zealand All Blacks, and 2016 men’s fifteens World Rugby Player of the Year Beauden Barrett.

World Rugby Chairman Bill Beaumont said: “We are excited about our long-term partnership with TUDOR. In line with TUDOR’s ‘Born To Dare’ mantra, World Rugby is on a mission to grow our sport beyond its traditional markets and communities and we are looking forward to working with TUDOR to further the projection of rugby in a global context.”

A spokesperson at TUDOR commented: “World Rugby embody the values that have made TUDOR what it is today, and because of that, we are proud to welcome them to our family. Much like ‘Born To Dare’, TUDOR’s manifesto, World Rugby has a rich and famous history that has shaped the sport to what it has become today. Under World Rugby’s governance, Rugby World Cup is the third biggest quadrennial global sporting event, and we’re excited to be partnering with them as the event is hosted in Asia for the first time in 2019.”

TUDOR’s activation begins this evening with the World Rugby Breakthrough Player of the Year award in association with TUDOR – an award that recognizes those who are born to dare. The three nominees for this prestigious award are Argentina winger Emiliano Boffelli, New Zealand winger Rieko Ioane and France center Damian Penaud.

TUDOR ambassador and the men’s fifteens World Rugby’s Player of the Year 2016, Beauden Barrett commented: “World Rugby’s Breakthrough Player of the Year Award has seen some much-celebrated winners in recent years. For example, 2016 winner Maro Itoje and 2015 recipient Nehe Milner-Skudder battled it out in the DHL New Zealand Lions Series earlier this year. I’m sure over the next seven years, we will see the future stars of the game collecting the same award.”