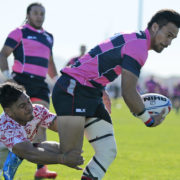 BOULDER, Colo. – Applications are now being accepted for the USA Rugby National College Academic Honor Roll. Each year, USA Rugby recognizes outstanding student-athletes who demonstrate excellence in the classroom. Since 2011, more than 1,200 college rugby players have been publicly acknowledged for their accomplishments as scholars and athletes.

To be nominated, a college rugby student-athlete must:

In the case of transfers and graduate students, the student-athlete must have completed one full calendar year at the current institution in order to be eligible.

A coach, team president, or club sports director may nominate deserving student athletes for the Honor Roll. Each nomination submitted must be accompanied by a valid copy of each collegiate student-athlete’s most recent transcript.

To nominate deserving collegiate student-athletes, please fill out this JotForm.

The deadline to submit nominations is Friday, June 26. 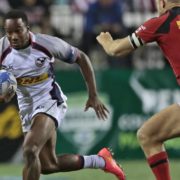 Following a decade of championship rugby being held in California, USA Rugby, in partnership with IMG, will take this one-of-a-kind event to the East Coast for the first time since 2002. Fifth Third Bank Stadium at Kennesaw State University, the site for the University’s football, lacrosse and soccer games will host the Men’s D1A, D1AA, and Women’s DI and DII Finals.

“USA Rugby is excited have Kennesaw State as the site for the 2015 College National Championship Series,” said USA Rugby Collegiate Director Rich Cortez. “Fifth Third Bank Stadium is an excellent venue for a Championship event, and it has already proved to be a great setting for rugby as seen at last year’s Atlanta 7s and World Cup Qualifier match between the Eagles and Uruguay.”

There is plenty of rugby to be played prior to establishing the contenders for the May 9 four-match series. The 12-team D1A Playoffs will begin April 18 as the first of three consecutive weeks of knockout rugby to determine the finalists. Currently ranked No. 1 and No. 2 respectively in the D1A Rugby Top 20, Saint Mary’s College and Life University, the D1A Finals in each of the past two seasons, are once again contenders for a National Championship..

Men’s D1AA will separate eight teams between Founder’s Field in Pittsburgh and the University of California-Davis. The two teams that manage to win two matches April 24-25 will play one another for a National Championship at Kennesaw State.

The finals for the women’s DI and DII ranks are halfway cemented after a Fall Championship crowned Penn State in the DI bracket and Notre Dame College in the DII field. Teams playing rugby in the spring begin a run for the National Championship at the Regional Playoffs April 10-12. The four regional locations will be Albuquerque, Furman University in Greenville, S.C., Pittsburgh, and Stanford.

The 2015 National Championship Series will be webcasted on USA Rugby TV. Additional television broadcast details will be announced in the coming weeks.

For additional news on spring playoffs, including the dates and locations of each round, visit USA Rugby’s College Championship page.

IMG is a global leader in sports, fashion and media operating in more than 25 countries around the world. IMG’s businesses include Events & Media, College, Golf, Tennis, Performance and IMG Academy, Fashion, Models, Clients, Licensing, Joint Ventures, and creative management agency Art + Commerce. In 2014, IMG was acquired by WME, the world’s leading entertainment and media agency. Together, the companies offer an unparalleled client roster; strategic partnerships with sponsors and brands; and marquee assets across sports, entertainment, events, music and fashion.