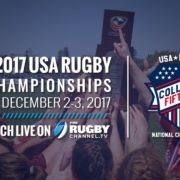 For the D1AA fall championship this year St Joseph’s University will be facing off against Mary Washington. Saint Joseph’s bowed out in the first round of the playoffs last year, and Mary Washington did not feature at all, after having gone 5-3 in conference play. Min Sae Chae, the head coach, for Mary Washington was quick to credit the credit the depth in the squad for the improvement: “The competition for playing time is what elevates everyone’s game”. When asked about their preparations for the week Chae was quick to reiterate he drills a “one game mentality” into his players “We try to enjoy each game for a day but, our focus is always on our next opponent and on ourselves.” When focusing on their opponents they are expecting a “resilient” team with “dangerous” backline and a “tough and fit” forward pack. Mary Washington’s preparation and laser focus will be tested by this Saint Joseph’s outfit.

Saint Joe’s are coming off two impressive wins in their regional rounds beating Tennessee in a tight one point affair, and then beating out the one seed by 19 points. Dan Yarusso, Saint Joseph’s Head Coach, believes Thanksgiving was the perfect transitional period for going from big wins to refocusing on the task ahead: “The Thanksgiving break was perfect timing. It allowed our guys to go home, clear their heads and come back fresh.  We are back at training this week and the guys are right back where they left off.” Looking ahead to their matchup this weekend  Yarusso was keen to emphasize the importance that a strong defensive showing will have in coming out on top: “they know how to put up points. We need to limit our mistakes and keep the score close through solid defense structure if we want a chance to win.” It seems as if both coaches will be eyeing off a battle in the trenches defensively to determine the D1AA Fall Champion.

The first semi-final for the men’s D2 Championship this weekend will pit Virginia Military Institution (VMI) against Norwich. VMI is coming off a dominant run through the first two rounds of the playoffs. Through their victories they amassed a whopping 92 points while only conceding 10 points. VMI head coach Thomas Trumps was quick to admit he couldn’t be upset if anyone was surprised by the success: “not sure anyone would have thought 92 to10 points differential in a regional could happen, especially with VMI’s Past performance challenges at this level”.  This year’s run has been a stark contrast to their last campaign, where they were knocked out in the play-in rounds. That “bitter” loss was what has spurred them onto bigger and better things this year. Trumps credits that loss and then an early season loss to North Carolina State in the waning moments of the game as turning points in their campaign: “Team kept improving and focused on meeting NC State in conference finals…team put on a great display of rugby after falling behind two tries early…beating them 40-22 on their home pitch.” VMI knows they will have their work cut out for them against Norwich and Trumps knows he needs to make sure “all 15 players are involved” if they are to advance to the Championship Game.

Norwich is also coming into the semi-finals after impressive displays in the regional rounds. Whilst they did not compile a point differential as strong as their semi-final opponents they were still dominant in their displays. After the regionals Bob Weggler, Norwich’s coach, stressed the importance of letting his team have “down time to enjoy their family”. Since returning Norwich have been all business in the lead up to the weekend. They’re keeping their game plan close to their chest but their formula for success is a straight forward one, as they are looking to: “Execute for 80 minutes” and “Play focused rugby no matter who the opponent is”. However, this is always easier said than done, and nobody will be more aware of it than Norwich who are “committed to the challenge of the weekend”.

The second semi-final will take place between UW Whitewater and North Dakota State.  UW Whitewater are the returning National Champions, while that carries a gargantuan weight to it, having several players from last year’s squad has helped alleviate any stress and continue to carry on the championship culture cultivated last year. Pat O’Connor, UW Whitewater’s head coach, praised the core leadership group for keeping the players: “goal orientated and motivated”. He has been ensuring that leading into the weekend they are focusing on what they need to do, and not being overwhelmed by their surroundings. “They know what it feels like to lose at this level and they know what it feels like to win” O’Connor said when talking about how the leaders have kept the younger players motivated. The keys to success, according to O’Connor, for them this weekend are elementary: “XV players on the pitch working as one. If we don’t play as a team we won’t beat anyone… we will need to focus on areas to improve, but also find places to hang our hats”. North Dakota will provide UW Whitewater with a sharp test, and they will have to execute their game plan to a tee, if they are to go back to back.

North Dakota comes into the weekend on the back of two strong showings in the regionals, and have already advanced further this year than they did last year. Part of this success according to Cory Schlack, their head coach, has been their intense focus throughout the season: “Our boys have had nothing but rugby on their mind for three months straight”. He also puts a lot of the success down to the foundations laid by teams gone by: “I think that the success we are experiencing this year is due to the team continuing to build from years previous. This year’s success is the result of Lost Boys past and present!”. The foundation has been laid also includes prior experience playing against defending champions: “Facing a returning national champion is nothing new to us; U of M Duluth was a back-to-back-to-back national champion and we played them twice a year every year. To be honest, I think the boys prefer to take on Whitewater in the first round.” North Dakota State will have a tough task on their hands, but they certainly feel as though they have the right group of players to pull through and get a result.

All games will be available to stream through The Rugby Channel