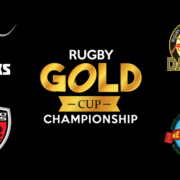 The inter-CR rounds for the Midwest were completed this past fall with Chicago and Metropolis splitting their two meetings. Meanwhile in Red River this past weekend, the Dallas Reds defeated the Austin Blacks, 63-35, in Dallas. The clubs will meet again on April 29, 2017, in Austin.

More information about the 2016-2017 Rugby Gold Cup may be found at rugbygoldcup.com.
-more-

The following information was submitted by respective club representatives: