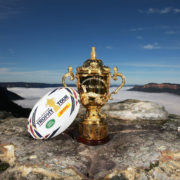 BOULDER, Colo. – USA Rugby announced today that they have teamed up with Gullivers Sport USA and USA Eagles Tours to offer their fans a low-cost, flexible match ticket and travel options to the Rugby World Cup 2015.

“The Rugby World Cup 2015 is one of the world’s biggest sporting events,” said USA Rugby CEO, Nigel Melville. “We have a truly amazing fan base in the United States and we are excited to be able to share with them the opportunity to travel and see their Eagles on the world’s biggest stage in an affordable, and fun, way.”

Through www.gulliverssportusa.com, fans will find inclusive packages to games featuring all the best teams at Rugby World Cup 2015. Fans from across the world will be able to see the All Blacks, Australia, South Africa, England, France, the Quarter, Semi and World Cup Final at Twickenham stadium.

“We are delighted to be working closely with USA Rugby in making Rugby World Cup 2015 England accessible to every rugby enthusiast. The tournament will see the Eagles and 19 of the world’s elite nations go head-to-head in the home of rugby,” said Guliver Sport USA Director of Sales, Andy Soler. “There is no substitute for being in the stadium, be there with Gullivers and USA Eagles Tours.”

The Rugby World Cup 2015 will commence with England v. Fiji on Friday, September 18. The USA Eagles will play their first match on Sunday, September 20 against Samoa.

The USA Eagles will play in Pool B alongside South Africa, Samoa, Japan and Scotland. The Eagles will face both Samoa and Japan in this summer’s Pacific Nations Cup in Northern California on July 18 and 24, respectively.