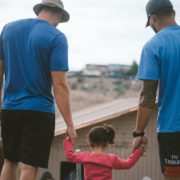 Being part of a team means more than wearing the same jersey. It’s about working together to achieve a common goal and utilizing individual strengths to reach combined success. Learning to work together is a crucial aspect of team building, and the Men’s Sevens Eagles recently immersed themselves in this lesson by participating in a humanitarian trip to Mexico.

Generously funded by Golden Eagle Tom Pirelli, the team spent two days in Mexico earlier this month with Hope Sports building a new home for a disadvantaged family. Pirelli has experienced the power of giving back to underprivileged families firsthand with his own family and felt that such an experience would be immeasurably beneficial to the team. “My wife Jane and I were introduced to Youth with a Mission San Diego and their Homes of Hope program in 2006,” Pirelli shares. “We thought the homebuilding experience would help teach our daughters – who were 14 and 16 years old at the time – that poverty exists and that there are things we could do to help. The first home we built was such a positive experience for all of us that over the next six years my wife, daughters and I took teams of high school students to build a total of 67 homes for desperately poor families in Mexico.”

Recognizing the impact humanitarian trips have made in his own life, Pirelli was more than happy to work with Men’s Sevens Head Coach Mike Friday, Assistant Coach Chris Brown and High Performance General Manager Alex Magleby to facilitate a trip for the Eagles. “I said I would finance the house, the furniture and the cost of the trip so there were no barriers. The result would be a new home for a young family of four who were living in not much more than a cardboard box. It was definitely a ‘feel good’ scenario for all involved,” Pirelli explains.

With the cost of the trip covered, the team traveled from Chula Vista, California, to Rosarito, Mexico, and quickly got to work. The Eagles were humbled to work hand-in-hand with the family for which the home was being built. Chris Brown was on the ground with the team and described the family’s situation: “They had two girls, ages 8 and 3. The mother stays home to care for the children while the father works 60 hours per week or more, earning just $15 per day.” As part of the Hope Sports program, the family must buy the land that the house is built on and cultivate it. Agreeing to these stipulations shows that the family has the drive and willingness to improve their lives and get ahead. “They really wanted to create a better life for their children,” Brown explains. “Having their own home will encourage them to keep working toward that goal.” Witnessing the inspirational determination of the family impacted the team on a deep level, opening their eyes to the very difficult lives that so many lead every day. “The experience made some of the boys quite vulnerable,” says Brown. “It was a great team building experience and an opportunity for a mental check. Hopefully we can make philanthropic outreach something we do at least once per year moving forward.”

The homebuilding excursion has paid off for the team already according to Eagle Madison Hughes. “I believe the whole team found it to be a completely eye-opening and amazing experience. I know that I certainly did,” he reports. “Seeing what the family we helped have had to live through really struck home just how lucky we all are. I think we also all learned a lot about ourselves and each other that has helped us grow as individuals and as a team.”

With this transformative experience under their belts, the team heads into the 2017-18 Sevens season with a renewed sense of morale, leadership and camaraderie. The Women’s Sevens team also looks forward to a humanitarian trip with Hope Sports in 2018.

Donors like Tom Pirelli make our Sevens programs possible, supporting team building events and training to competition travel and beyond. Join the team and show your support by making a donation to the Men’s Sevens or Women’s Sevens program today.