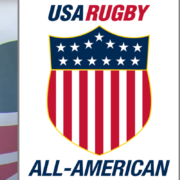 LAFAYETTE, Colo. – In a few short days, the American Series kicks off at Talen Stadium in Philadelphia, with an undercard match between the AIG Men’s Collegiate All-Americans and visiting Oxford University. Rugby talent however, will stretch beyond the grass at field-level as current Eagle and former Collegiate All-American Captain, Madison Hughes, provides color commentary with veteran play-by-play and former Eagle, Dan Power. Exclusive match coverage will be presented by The Rugby Channel.

“I’m excited to be in the booth for the All-Americans match vs Oxford. The Collegiate All-Americans is a great program that played a massive role in my development” said Hughes, “I was lucky enough to go on three tours with the [program], and these helped me so much to grow as a player.”

Hughes is a current member of the USA Eagles Sevens squad, while his collegiate play was at Dartmouth College. He will be joining veteran analyst Dan Power when the top men’s collegiate players take the pitch.

“What an honor to be involved in such a historic game [with] two celebrated programs both steeped in over 100 years of rugby.” Said Power, “… for the All Americans, a chance to play in front of Aviva Premiership coaches and scouts, and for Oxford a chance to showcase and launch their brand in the USA. This is going to be a must watch game, a chance to see the future of American rugby on display on the big stage.”

“Playing in a match of this magnitude is a big opportunity for those lucky enough to be selected,” continued Hughes “…being in the booth for the game will be a special privilege. Commentating is something I’ve wanted to pursue for a while, so I’m really looking forward to this opportunity.”

The AIG Men’s Collegiate All-Americans will battle Oxford as a precursor to headlining match, Newcastle vs Saracens, of the Aviva Premiership on Saturday, September 16th at 2:15pmET, exclusively on The Rugby Channel.