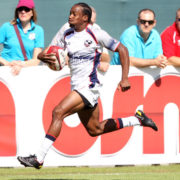 BOULDER, Colo. – An exemption in USA Rugby’s Eligibility Regulations has been approved by the Board of Directors, which will allow for in-season transfers of collegiate players to senior club teams.

Under the new college-to-club exemption, a collegiate player may join a senior club at the conclusion of his or her team’s intercollegiate schedule without forfeiting future collegiate eligibility, and become eligible for senior club qualifying matches following an approved transfer request. As with any club transfer request, a written release from the player’s previous club, in this case the student-athlete’s college club, must accompany the transfer request.

The eligibility modification seeks to provide college rugby players the opportunity to gain additional match experience equal to or greater than the competitive environment of the student athlete’s collegiate regimen once his or her intercollegiate match schedule has been completed. For players deemed to be part of USA Rugby’s High Performance Player Pathway, a separate waiver can be granted to allow back-and-forth participation between college and elite senior club sides in the midst of the player’s intercollegiate schedule.

“This exemption allowing college-grade players the ability to enhance their rugby skills by playing in senior club matches will not only benefit the individual’s development, but will boost the student-athlete’s collegiate club when he or she returns to the university’s team,” said USA Rugby Collegiate Director Rich Cortez.

“Some college clubs don’t have sufficient funding to build a schedule capable of providing an adequate number of matches to ensure athletic growth. This wrinkle in our Eligibility Regulations should help mediate that.”

It is believed that the regulation updates will additionally help to foster relationships between collegiate sides and senior club teams, which is imperative to the recruitment and retention of players between levels.

“Both of these changes are a big win for colleges and senior clubs alike,” noted USA Rugby Club Department Manager Erik Geib. “Allowing college players a chance to continue their season is a common-sense update, and American rugby absolutely needs its top players to have a chance to test themselves in premier competitions like the American Rugby Premiership and Women’s Premier League without losing their collegiate eligibility.

“We’ve also put in caps to protect both sides. With the three-player roster limit per match, we’re protecting club competitions from essentially playing full college teams – especially in some rural areas where a top college side might exist. Additionally, college coaches have to explicitly name the dates their elite players play club in season, which stops club teams from pulling players away during high-profile college matches.”

The updated USA Rugby Eligibility Regulations reflect both college-to-club changes, and the necessary Transfer Request can both be found at USARugby.org.