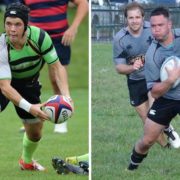 GLENDALE, Colo. – Two clubs steeped in tradition will try and add to their rugby résumés when the Life Running Eagles meet the St. Louis Bombers Sunday, June 4, for the Men’s Division II National Championship. The D2 Final will be the concluding match of the five-game USA Rugby Emirates Airline Club Championships at Infinity Park in Glendale, with a kickoff time set for 3 p.m. MT and available to watch free of charge on The Rugby Channel.

With three National Championships to its name, Life is no stranger to club rugby’s biggest stage. However, since the Running Eagles claimed the 2014 Division I title, the team from Marietta, Ga., has withdrawn itself from championship contention. In just its first season back playing in a pathway towards a Club Championship, it comes with little surprise Life is 80 minutes from hoisting another trophy.

The squad at Life looks a lot different than most clubs. The team is small in numbers, benefiting from training sessions in which each member is fully committed to improving themselves as rugby players with every rep. What also makes the Running Eagles unique is the makeup of the roster. The players vary, from college students eagerly awaiting their turn to get the call-up to Life’s collegiate Varsity side to wily veterans who refuse to continue their careers in a more social setting.

“This group has been very special with the diverse range of players we have,” said Life Head Coach and former Running Eagle forward Blake Bradford. “The young players have benefited greatly from playing with the more experienced ones, and at the same time, kept some of the older ones on their toes. One great example is Junior All-American Daemon Torres being able to learn from an experienced player such as Dave Gannon. His open-field decision-making and lineout play has improved immensely.”

This Life team is much younger than the one that won a National Championship in 2014, but experience still may be on its side Sunday. Beyond a few holdovers from the team that beat New Orleans RFC three years ago in the Final, there are a number of players with National Championship experience from their time playing for Life’s undergrad squad. Included in that group are former Collegiate All-Americans and dangerous back-line threats Colton Cariaga, Jake McFadden, and Marcus Walsh.

“We have some experienced players at some key positions, and they will be able to lead this group into an environment they have been in before,” noted Bradford. “It brings a certain level of composure and has a calming influence on the men playing in their first Final.”

St. Louis may not have Life’s National Championship pedigree, but the club does not lack history. The Bombers are the longest standing team at the 2017 Club Championships. In fact, they have been around nearly a decade longer than the next oldest club competing at Infinity Park.

The Bombers’ 55-year history has not come without its share of successful seasons. Just two years ago, St. Louis lost to eventual National Champion Life West in the Quarterfinals during the Gladiators’ final season in D2 before moving up to D1. Unfortunately, the Bombers took a step back last year, losing in the Frontier Playoffs and missing out on Nationals.

“I think the side learnt a lot from last year’s loss to Boulder, and this year we really knuckled down on both our offensive and defensive structures,” said co-head coach Ben Meyers. “It seems we have grown and matured as a team, so that we can play to those structures consistently.”

A reinforcement of fundamental skills has paid off. Beginning in the Frontier Semifinals, St. Louis ripped of postseason wins against the Denver Barbarians, Glendale Raptors’ D2 side, Ventura County, and the Sacramento Blackhawks – four teams that thought they had what it took to represent the West in the Division II National Championship game.

“The team has been very focused leading into each of the playoff rounds,” Meyers added. “There has been a strong commitment all season from everyone on the side, and after going undefeated in conference play, I think there was a strong belief that we had what it took to get to the National Championship.”

It has also helped to have the continued leadership of a few of St. Louis’ most influential players. Fly half Keegan Neal is the unquestioned leader of a dependable back line that includes strong centers Sean McDonald and George O’Sullivan. In the forwards, captain Bryan Hebron can be counted on to lead from the front from his hooker position.

Like the Bombers, Life did not lose a game during its slate of conference matches, and St. Louis knows it must play with precision to beat a team that does not make many mistakes.

“Life is a very skilled and technically sound side who execute their game plan extremely well, with the ability and discipline to run endless phases,” said Meyers. “We need to be on our toes and ready to work on defense with equal discipline to shut them down.”

Life’s Elite Training Group – comprised of the program’s top club and D1A Rugby players – played a series of friendlies in the fall against some of the East Coast’s best Division I teams. However, the team that won the South Championship over the Miami Tridents before topping the Morris Lions and Detroit Tradesmen in the National Playoffs looks a lot different from the ETG. Therefore, St. Louis should represent this group’s biggest test of the season.

“They are a big, physical team, so we expect the same sort of challenge that the Tradesmen brought in Pittsburgh,” Bradford said of the Bombers. “Any team that makes it to the Final is a quality side, and the Bombers are a well-coached team. We are expecting a tough match, but our men are ready for the challenge.”