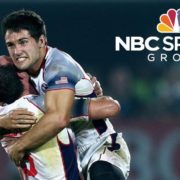 The deal, the biggest of its kind for rugby rights in the USA, will cement NBC’s status as the destination for rugby in a nation where record participation and fan growth has anchored rugby as one of the hottest properties in the US sports market.

Coast to coast programming, coupled with NBC’s award-winning multi-platform approach, will ensure an unprecedented platform for rugby to reach and engage more sports fans in a nation where the total fan-base has grown to more than 40 million, driven by rugby sevens’ highly-successful debut at the Rio 2016 Olympic Games, another event presented by NBC across multiple platforms in the USA.