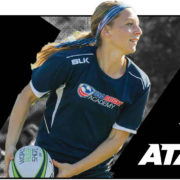 Today, Serevi Rugby re-launched as ATAVUS – relentlessly driven to breed character, develop skills and champion Rugby in the USA and beyond. Building on the success of Serevi Rugby, ATAVUS will deliver sustained, progression-based programming that provides coaching inclusive of any age, skill set or gender. Entering the company’s fifth year, founders – including Waisale Serevi – recognized the need to broaden and refocus the brand to better align with the future of American Rugby, providing developmental and competitive training opportunities for men and women in both the 15s and 7s games.

“Rugby and what we call the Rugby Effect are growing faster than any sport in America, so we are at a time of transition and in front of a proliferation of opportunity. We couldn’t be more optimistic or energized,” said Ross Young CEO of ATAVUS. “We believe this is the ideal time to shift our focus from a singular great player, Serevi, to the development of the next generation of great rugby players and coaches. Waisale Serevi remains a valued and integral member of our team. This is unchanged.”

While Waisale Serevi remains actively involved in programming and coaching, the ATAVUS name and brand will begin to replace Serevi Rugby domestically across Rugby programming, social media, and apparel this summer.

“Everyday I feel blessed to be able to share my passion for Rugby in America with players and coaches I work with,” said company co-founder Waisale Serevi, “But now the movement is bigger than me. As ATAVUS, we embrace our role as stewards and champions of American Rugby and we firmly believe that our sport builds not just great players, but remarkable people.”