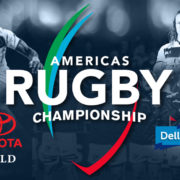 LAFAYETTE, Colo. – All five USA Men’s Eagles matches during this year’s Americas Rugby Championship will be broadcast exclusively live on The Rugby Channel, with the three North American-hosted games to be re-aired nationally on ESPN2, USA Rugby announced.

Additionally, the ten remaining matches in the tournament will be streamed live on ESPN3.

ESPN2 will carry three Eagles’ matches on a delayed basis. A re-air broadcast of the USA v. Uruguay match will be shown on ESPN2 the following night, Sunday, Feb. 5, at 8:30 p.m. ET. The Feb. 11 match between the U.S. and Brazil in Austin, Texas, will be aired on ESPN2 Feb. 12 at 10:30 p.m. ET. The border rivalry match against Canada will air on ESPN2 at midnight on Monday, Feb. 20.

Subscriptions for The Rugby Channel start at just $4.99 a month, and can be purchased at TheRugbyChannel.tv.