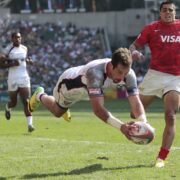 New York-based RIM was created by USA Rugby in 2015 as a for-profit entity to commercialize its and third parties’ marketing rights for the sport of rugby. RIM will now assist GPR and its associates W Partners of Chicago to secure corporate partners and make the inaugural Grand Prix Sevens Tournament in the U.S. a commercial success. On the heels of rugby sevens’ successful debut in the Rio Summer Olympic Games, GPR will be launching its new international sevens competition in 2017, featuring top teams from around the world.

“Timing may be everything,” said GPR Chairman William Tatham, Esq. “Between W Partners, RIM, and USA Rugby, we are blessed to partner with incredibly forward-thinking and strategic partners to help take Grand Prix Rugby to the marketplace.”

“We are pleased to be working with Grand Prix Rugby as its agency of record,” said RIM Chairman Chad Keck. “Rugby sevens has grown massively in awareness and popularity in the U.S., and as the leading rights holder for the game of rugby in America we are uniquely positioned to support GPR and W Partners in attracting sponsors for their events.”

The official sanction from USA Rugby, which was recently extended to 2024, grants GPR the exclusive right to own, operate and globally broadcast professional rugby sevens matches, leagues or tournaments in the United States.

Established in 1975, USA Rugby is the governing body for the sport of rugby in America and a Full Sport Member of the United States Olympic Committee. Currently headquartered in Boulder, Colorado, USA Rugby is charged with developing the game on all levels and has more than 120,000 active members, with more than 35,000 playing collegiate rugby and 35,000 playing senior club rugby. USA Rugby oversees four national teams, multiple collegiate and high school All-American sides, and an emerging Olympic development pathway for elite athletes. It also hosts more than 30 national playoff and championship events each year as a service to its members, and will be the host union for the 2018 Rugby World Cup Sevens in the San Francisco Bay Area. Visit www.usa.rugby for more information.

W Partners is a sales and marketing agency headquartered in Chicago, Illinois. Focused on partnership development in the sports, entertainment and culinary industries, W Partners assists rights holders in revenue optimization through consulting and sales practices across media, partnership and licensing. W Partners mission is to create “Winning Partnerships” for both properties and their strategic media and sponsorship partners. For more information, please contact Taylor Dvorak at taylor@wpartnersus.com.

Created by USA Rugby in 2015, Rugby International Marketing is a unique for-profit commercial entity tasked with representing USA Rugby’s commercial rights and developing new revenue streams to fund the game. The mission of Rugby International Marketing is to provide attractive financial returns to USA Rugby and its minority shareholders by utilizing third-party capital in an entrepreneurially driven, for-profit company. Minority investors in RIM include the England Rugby Football Union and CSM Sport and Entertainment.