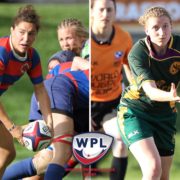 The Women’s Premier League (WPL), the top division of women’s senior club rugby in the United States, is excited to announce expansion for the 2017 season.

Founded in 2009, the player-led league has been comprised of eight teams, with teams moving up and down from USA Rugby’s Senior Club Division I. Joining the WPL this year are Beantown Rugby and Chicago North Shore, staples of the top tier of DI rugby in recent years. As the longest-running premier-level rugby competition in the U.S., the WPL considered many factors in choosing these teams for expansion including consistency of competition and a history of stability within the clubs themselves.

Beantown, which was one of the original members of the WPL, has been a long-standing force on the east coast, placing well in the WPL historically and also finishing as DI runners-up in 2015.

“We look forward to the challenge and hope to elevate the level of competition within the League,” Beantown Coach Kelly Seary said. “We are excited to re-join the WPL this fall and are thankful for the opportunity.”

Chicago North Shore has long considered a move to WPL given its past successes at the DI level. In 2016, the women of North Shore reached the DI National Championship Final.

“North shore is honored to accept this opportunity as we have been craving the challenge to play against the top teams across the nation, and this big step has come at a great time for us,” said Lani Larson, Chicago North Shore’s club president. “Years of hard work have gone into establishing a strong foundation of passionate and competitive supporters, leaders, and team members, and we truly look forward to putting it to the test with the WPL.”

“We are thrilled to be expanding the WPL,” Commissioner Milla Sanes said. “This is an integral stepping stone on our continued path towards building top-level women’s rugby across the United States.”

The WPL will incorporate the new teams into the two geographic conferences: Beantown Rugby, Atlanta Harlequins, DC Furies, New York Rugby, and Twin Cities Amazons in the East; Chicago North Shore, Berkeley All Blues, Glendale Raptors, Oregon Sports Union, and San Diego Surfers in the West. All 10 teams will be vying for a shot at the Championship starting Labor Day Weekend and culminating at the WPL Finals event at Kino Sports Complex in Tucson, Ariz., Nov. 10-12, 2017.

More information about the WPL and the 2017 schedule will be coming soon to the League’s page on USARugby.org.