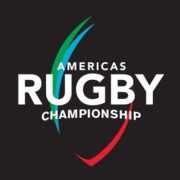 After a successful opening season in 2016, six proud rugby nations from the Americas will again play the Americas Rugby Championship 2017 over five consecutive weekends, opening on Saturday, February 4.

Full national teams from Brazil, Canada, Chile, USA, Uruguay and defending champion Argentina XV will compete for the biggest continental prize. The tournament will again ensure strong competition and a high performance pathway for six unions currently sitting between the seventh and 35th position in the World Rugby Rankings.

“We are excited to be back for year two of the Americas Rugby Championship,” said USA Rugby CEO Dan Payne. “This competition is incredibly important for the growth of the game across the Americas, and right here in the USA, specifically. It is one more opportunity for the youth to watch top-tier rugby in their backyard and fall in love with the sport. We relish these opportunities for kids across the country to be able to see the best the USA has to offer, and hopefully imagine themselves suiting up for the Eagles someday.

“The Americas Rugby Championship also provides a great opportunity for the Men’s Eagles to get better, together. Of course it is always great for them to be able to play in front of their home crowd too.

“The Lone Star state provided an amazing atmosphere of support for our Eagles last year. We’re coming back as a result and we’re excited for an even increased fan presence in year two! We will see you in Austin and San Antonio, Eagles Fans.“

“Competition is key for the growth of the game and to have a continental tournament such as this is one of our key goals in Americas Rugby, which is very much aligned with World Rugby’s view for a more meaningful calendar for all Unions. The ARC will be an important part of this and will certainly grow in prominence.”

The round-robin tournament will reverse home-venues from this year; the opening round will see Canada hosting Argentina XV, Brazil receiving Chile and Uruguay travelling to the United States for their game.

Greg Peters, Chairman of the ARC Advisory Panel, from the Unión Argentina de Rugby, said: “Match venues will be announced in due course, as each Union is working tirelessly to ensure the benefits of hosting an ARC game are clear for fans and players. We are all excited to be able to announce the schedule of games so far ahead before the first ball is kicked.”

With fifteen games in five weekends, the growing interest in the ARC will receive a huge boost with a broadcast deal across the six competing nations “We are very close to sealing a very important pan continental deal to ensure that these very exciting games are available throughout the Americas.”

“The standard of rugby available and the fact that each individual country has grown the profile of the game within its boundaries means the Americas Rugby Championship is an interesting prospect. We are delighted that things are moving in the right direction and that we are close to having this broadcast coverage finalised,” concluded Peters.

Venue and ticketing information will be released in due course.