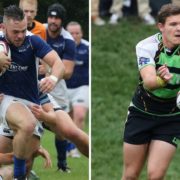 The first assembly of the under-23 national team in 2017 follows an aggressive outreach to collegiate and club coaches and players throughout the final quarter of 2016, resulting in 33 colleges represented in the Camp squad list. The robust input from the community will also allow Head Coach Gavin Hickie and staff to communicate with student-athletes unavailable for the Identification Camp for the purposes of future national team development.

Based on nominations, references from coaches, video submissions, and scouting reports and recommendations from the Eagle Eye Scouting Network, the Identification Camp list features several athletes who have previously stood out on the collegiate stage but have not represented a U.S. age-grade team.

“We would like to thank all coaches throughout the country who gave their time to nominate, recommend, and discuss players,” Hickie said. “We received more than 300 nominations, which meant we had some tough calls to make, but this is a good problem to have. We recognize the challenge of identifying the country’s top talent through the collegiate game, but we continue to cast the net wide and are encouraged to see that there are so many ambitious and talented student-athletes playing the game.”

Following four training sessions on the weekend, the MCAA coaching staff will divide the 57-strong Camp roster into three match-day squads for scrimmages against the MJAAs, who are holding a Developmental Camp at the EATC this weekend, as well. The competition will give both age-grade teams meaningful match time to institute what the players have learned in Camp in addition to the benefits that come with players facing unfamiliar opponents.

“The All-American staff is very excited to work with this group of collegiate rugby players,” Hickie said. “A domestic camp is a vital piece of our season in addition to our tour to Australia. We are getting to work – first-hand – with 57 more student-athletes this year than we did a year ago. Representing 33 different colleges, this will provide us with an accurate picture of where our domestic college skill levels currently stand.”

Those not selected or unavailable for the Identification Camp will still be in contention for future MCAA selection, and are encouraged to gather film throughout their winter and spring competitions. Staff will continue to accept nominations for age-grade selection, and will monitor players leading up to this year’s AIG Men’s Collegiate All-Americans Tour to Queensland sponsored by Welldog. Nominations can be submitted via the All-American page on USARugby.org.