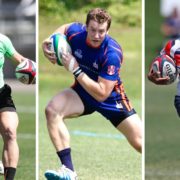 LAFAYETTE, Colo. – USA Rugby would like to recognize and thank the following Olympic development academies for their efforts in growing our high performance athletes.

In addition to the expertise of ARPTC Director of Rugby and former USA Rugby Women’s Team Head Coach Julie McCoy, athletes training in Little Rock can benefit from the coaching of former Eagle Laura Cabrera. An assistant coach with the 2015 USA Rugby Emirates Airline Club 7s National Championship team and three-time Club 7s-winning head coach of Berkeley All Blues, Cabrera was recently appointed ARPTC’s Women’s Head Coach. She had previously been a staff coach and physiotherapist from the NDA’s inception.

ARPTC resident athletes Hunter Griendling, Ashley Perry, and Jess Wooden were included in the Women’s Eagles player pool for the Can-Am Series at the Chula Vista Elite Athlete Training Center. ARPTC hosts High Performance camps throughout the year to complement its residency program, with the next camp scheduled for May 11-14.

Applications for camps and more information can be found on AmericanRugbyPro.com >>

Atavus’ partnership with USA Rugby expands further than its NDA programs along the west coast – USA Rugby Academy camps and the Girls High School All-Americans powered by Atavus, for example – but the Academy is what directly aligns with the plans of the senior national teams. For senior and collegiate athletes alike, Atavus Academy offers players individualized attention in group training sessions built to accelerate strength and speed development.

For more information on Atavus Academy and to apply for this summer’s openings, visit Rugby.Atavus.com >>

Northeast Academy annually produces dozens of touring sides – male and female – that participate in Rugby Sevens tournaments around the world. In the first three months of 2017 alone, Northeast teams have represented the United States in Costa Rica and Tobago in addition to domestic tournaments in Las Vegas and New York City. Resident athletes from the Academy that have gone on to play for the Eagles in sevens as well as XVs include Nate Augspurger, Nate Brakeley, Sarah Buonopane, and Tess Feury.

Northeast’s coaching roster is just as impressive, with 2016 Club Coach of the Year Josh Smith one of several successful coaches under Director of Coaching Dominic Wareing.

For more information on how to get involved with Northeast Academy, visit NERugbyAcademy.com >>

One of the newer NDAs, Rugby Utah jumped straight into the competitive aspects of the Olympic Development Academy program when it joined in 2015. Its team at the Halloween 7s Invitational tournament – following an Elite City Sevens invitation in the summer – faced the likes of two U.S. developmental sides and an Argentinian developmental team in addition to similar squads from Elite City Sevens. As Rugby Utah continued to grow, so did its results, eventually culminating in a Club 7s National Championship in 2016.

Director of Operations Steve St. Pierre was an All-American forward at Brigham Young University and has coordinated teams with Head Coach Ben Nicholls, who is responsible for player development and selection and fitness standards for Rugby Utah’s athletes. The NDA is also active in involving coaches and referees in the community to increase the level of play in the “United State of Rugby.”

Originally established in 2009, the Academy in Santa Barbara worked with young, college-bound players to send nearly 30 student-athletes to colleges and professional teams around the country. With two full-size rugby fields for training and match-day use with access to the natural Pacific Ocean, combined with an elite staff led by Kevin Battle and Eagle Kelly Griffin, the Santa Barbara Rugby Academy is a destination for high-performing rugby players in Southern California.

Utilizing a coaching staff led by former USA Eagles Farrah Douglas and Toshi Palamo, along with top coaches in the D.C. area and international coach consultants, Scion aims to provide athletes with the best decision-making skills, technical proficiencies, and the match awareness required to physically and mentally succeed at the international level. The Academy holds adult and high school resident camps throughout the year, complementing an international touring schedule.

XVs hooker Samantha Pankey was recently capped with the Women’s Eagles Sevens after her addition to the Training Center in Chula Vista, made possible by her Dream Team performance for Scion’s Club 7s National Championship team in 2016. Fellow Eagles Stacey Bridges, Sara Parsons, and Kimber Rozier were also on that team, and train with the Academy as its full-time environment rivals professional setups around the world.

Eagles far and wide – at some point in their careers – have been called Tigers. That is because Tiger Rugby has consistently offered world-class training and touring environments for aspiring athletes. Annually competing at the likes of Melrose 7s in Scotland and Serevi Rugbytown Sevens in Colorado, Tiger teams are renowned in international competition.

Coaches Paul Holmes and James Walker are flanked by former Eagles, including Nese Malifa, with an extended group of staff that are experts in training the body for a variety of competitions. While there are academy and short-term options for athletes, Tiger also opens its gym to the public through a membership system.

USA Rugby’s Olympic Development Academy is a long-term, systemic approach to athlete development through a year-round training curriculum. The goal of the program is to narrow the performance gap between amateur domestic players and international rugby by accelerating the development of athletes not in full-time residency at the Chula Vista Elite Athlete Training Center.

Each of the National Development Academies affiliated with the ODA program operate independently from USA Rugby while simultaneously following the international standards set forth for athletes aspiring to participate in the Olympic Games and international test rugby.

The USA Rugby Olympic Development Academy is designed for:

LAFAYETTE, Colo. – The USA Rugby Congress has released a statement to the membership summarizing the Feb. 11 Congress Meeting in Austin, Texas.

Forty of the 46 members of Congress were in attendance Saturday. This followed a pre-meeting held Friday night that determined a list of critical items to be discussed with the Board.

“An engaged and vibrant USA Rugby Congress is the vital driving force behind the growth of rugby in this country,” USA Rugby Chief Executive Officer Dan Payne said. “I’d like to especially thank Jeremiah Johnson, Congress representative to the Board of Directors, for his diligent, hard work in ensuring the efforts of Congress are impassioned and organized.

“I would encourage individuals that are interested in learning how they can impact and serve the game to reach out to their local Congress members and attend their local union’s AGMs. If interested, run for a Congress seat. Our greatest asset is our human capital. Congress is the vehicle for which membership can serve a greater role in the decision-making of our Union.”

The Congress Statement to the Membership on the Feb. 11 Congress Meeting can be found in its entirety on the USA Rugby website, specifically the Congress page. 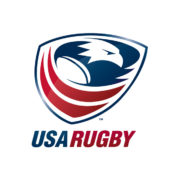 LAFAYETTE, Colo. – USA Rugby categorically denies any and all allegations purported by PRO Rugby Tuesday, Dec. 20. We are saddened to hear of the planned termination of all valid contracts signed by athletes that have fulfilled their playing duties for season one and were scheduled to be paid through the duration of their 12-month contracts.

USA Rugby’s policy is to not speak to disputes in the media, and will have no further comments regarding this particular issue at this time. 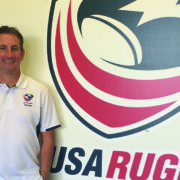 Established in the name of two of USA Rugby’s most accomplished referees and long-time administrators, Denis Shanagher and Don Morrison, the Shanagher Morrison Referee Fund is a scholarship program aimed to develop aspiring rugby referees from the United States on the international level. The fund allows scholarship recipients to spend a season abroad in a tier-one rugby nation, learning invaluable skills and training from some of the game’s best officials. The Shanagher Morrison Referee Fund covers all costs including travel, lodging, tuition and living expenses, and also funds promotional activities after the recipients return, all thanks to generous supporters through USA Rugby Trust.

USA Rugby Trust: What is your role at USA Rugby?

USART: How long have you been working for USAR?

USART: Give me some background information about Shanagher Morrison program.

MN: The Shanagher Morrison Scholarship program was started several years ago in an effort to get referees from the United States more international exposure and opportunities abroad. The first scholarship recipient was Brian Zapp, who went to Christchurch, New Zealand, for a season. He came back with tons of international experience and was later named to the national panel.

Currently we budget opportunities to travel abroad and either to spend a season in New Zealand or to the Stellenbosch Academy of Sport in Stellenbosch, South Africa, where referees are immersed in a university program geared toward refereeing.

USART: Tell me about the individuals who participated this year and their experience.

MN: This year we sent Brett Johnson and Aaron Yappert to the referee academy in South Africa. Both had been identified as developing referees by the high performance management group and are currently earning national referee appointments. The pair left for South Africa in July and spent eight weeks abroad.

USART: If selected, what should a candidate expect out of this experience?

MN: Scholarship recipients will be immersed in a tier-one rugby nation’s culture – a culture where the players grew up playing rugby from a very young age and where local teams have up to five to six sides. There is a lot of fitness and physical training involved. There are also various skills sessions to improve skills needed to referee, including the utilization of technology such as a vision lab to improve coordination. There is a lot of hands-on coaching, video review of previous matches and more, all geared toward making the recipients the best referees can be. The program also stresses the importance of camaraderie. Scholarship recipients will be spending 16-18 hours a day with fellow referees traveling to games, supporting each other, bouncing ideas off of one another, constructively criticizing each other. The support and instruction you receive from other referees is one of the unique benefits of the program.

In addition, scholarship recipients will learn life skills off the pitch, which are equally as important to being a successful referee as knowing the laws of the game and being physically fit.

USART: What kind of prior experience or qualities are you looking for in prospective candidates?

MN: Coachability, fitness and rugby knowledge are important. Worth ethic, self-drive and an insatiable desire to get better are also necessary. Even if you don’t have lots of referee experience, you should still consider applying. The point of the program is to develop referees.

USART: How can prospective candidates apply?

MN: Candidates can learn more about the scholarship and apply on USARugby.org. Applications must be received by December 23rd, 2016. Selections will be announced January 9th, 2017.

If you would like to contribute to this fund or know of a possible donor who would, please click here and select the Shanagher Morrison Fund from the program dropdown. Your gift will help a talented young referee receive world-class training and experience the season of a lifetime!