Spirited matches in the East battle, while the West is on edge
Week 7 of the Women’s Premier League is heating up for a showcase of the East’s top teams facing-off, while the West might be up for debate as the newly-defeated Life West travel to the Bay Area in their clash with conference rival Berkeley.

San Diego (1-3) will host West rival, ORSU (0-5), in a matchup where the Surfers are in need to catch up on points after their previous bye week. ORSU will be determined in holding San Diego down and coming out with their first win on the season. ORSU had improved week over week in the match point differential, but no game on the road is easy, especially when they are facing a hungry Surfers team. The match will be played at Robb Athletic Field in San Diego, CA with the weather looking beautiful as ever for this near oceanside matchup.
Berkeley All-Blues (3-2) will be hosting the 1st place (by point total) Life West (4-1) club in San Francisco, CA. The All-Blues will be looking to avenge their 16 point loss to the Gladiatrix from earlier in the season. Having home advantage in this league is a very important aspect in helping secure a win, but Berkeley will have their hands full with a Life West squad looking to bounce back from their first loss of the season to Glendale (4-1). These two very talented squads will be having an all-out war in battling for playoff contention and championship glory. Keep your eye on this matchup, because any outcome in this league is possible on any given day.

Twin Cities (3-2) will be hosting Beantown (2-3) in their second matchup of the 2019 season. Twin Cities had previously stole the last victory on Beantown’s home turf, 22-12, and the Boston side will be looking to do the same to ‘even the score’. The Amazons are currently #2 in the East, but a potential loss to Beantown would certainly shakeup the entire conference, and playoff picture. BRFC is still in the race, but will need a convincing win for momentum moving forward into Week 8. This staunch Amazons side will be looking to keep their place in 2nd, or potentially better if Atlanta ends up losing their battle.
The final match of the weekend will have the conference’s top squad, Atlanta (4-1), face off against #3 New York (2-2). New York is still in the playoff hunt, but will need an impressive win against their division’s hottest team. The Harlequins have been backed by the equal quality of their attack and defense, but New York will have fresh legs for this matchup, due to last week’s bye. Count this as the Match of the Week, as these two very good sides clash for Eastern supremacy.
Teams on Bye-Week: Glendale Merlins & Chicago North Shore 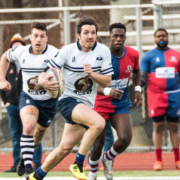 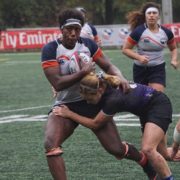 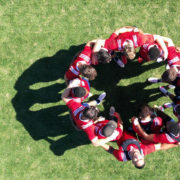 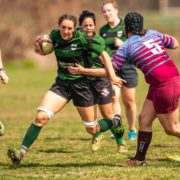 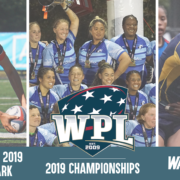 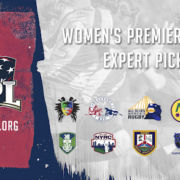 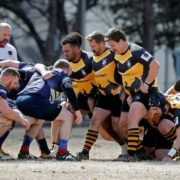 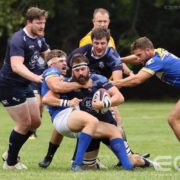