LAFAYETTE, CO – The first home match for the Men’s Eagles during the 2019 Americas Rugby Championship is relocating from Aveva Stadium in Houston to Dell Diamond in Round Rock outside of Austin, TX. Due to a heavy influx of rain in recent weeks, the new home venue to the Houston SaberCats has experienced a delay in construction and is not projected to be operational come match time on February 23. USA Rugby has aligned with the Austin Elite franchise of Major League Rugby and home venue Dell Diamond to move the event just down the road.

Special ticket packages have also been arranged as Austin Elite host the San Diego Legion on Friday, February 22 – also at Dell Diamond. For fans encouraged to experience a rugby-filled weekend, both the MLR and USA Eagles match will be available as part of a discounted ticket package. More information on ticketing will be released shortly.

“Bringing an International Test match to the City of Round Rock and Austin is a formidable opportunity for us to showcase to our community our dedication to the sport in Central Texas,” said Austin Elite President and Owner, Richard Osborn, “With a world class venue like Dell Diamond, we believe this eventful weekend of rugby will be an unforgettable experience for all fans.”

Osborne continued, “The City of Round Rock and Austin have everything from hotels, restaurants and entertainment to become a great destination for international events like this, get ready for an amazing weekend.”

The Men’s Eagles will run out onto familiar ground at Dell Diamond having already faced Brazil there during the 2016 Americas Rugby Championship. The United States won, 51-3. Gary Gold’s squad will look to repeat as they compete for a third straight ARC title.

To join the USA Rugby pre-sale list for USA vs Brazil in Austin, please submit your information here.

Austin Elite Rugby is a Professional Rugby team based in Austin and Round Rock, Texas, and we are excited to bring Professional Rugby to Central Texas. As a founding member of Major League Rugby, Austin Elite Rugby embodies the sport’s inclusive ethos. Developing players from youth to professional is at the heart of Austin Elite Rugby, creating a world-class experience for players and fans to enjoy the game. The 2019 Major League Rugby season kicks off the weekend of January 26 and will span 19 weeks with home matches being played at the iconic Dell Diamond, a 13,000-capacity stadium in the City of Round Rock / North Austin.

A state-of-the-art facility, Dell Diamond has been the home of the Round Rock Express since its inception in 2000. The stadium serves as a premier Central Texas destination and is constantly ranked among the top in Minor League Baseball. Dell Diamond is a true multi-purpose sports and entertainment complex, hosting Express games, rugby and soccer matches, concerts, expos, festivals and many other events. Dell Diamond truly is a “home-grown” project, with 80 percent of the materials used for the construction purchased from suppliers within the state of Texas. 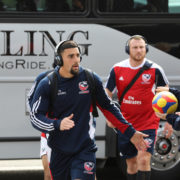 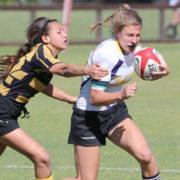 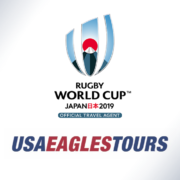 Men's Eagles named for final battle of Autumn Internationals 2018 with...
Scroll to top