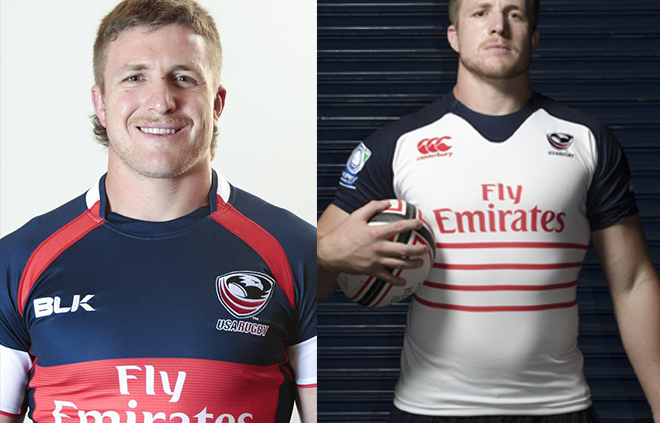 In 2005, Stanfill became the third-youngest player for the Eagles when he made his debut at the Toshiba Super Cup in Tokyo, Japan, against Canada. Today as an Eagle Alum he is still finding himself in the rugby circle as the executive director of Rugby NorCal.

Q: When and where did you start to play rugby?
A: I started playing rugby as a freshman at Jesuit High School in Sacramento, CA. After high school, I went on to play for UC Berkeley. While at Cal, I started playing on the men’s national team. After graduation, I went on to play for many clubs domestically and professionally overseas. To name a few: NYAC, Gentlemen of Aspen, Olympic Club, Seattle Saracens, Canberra Royals, Rugby Mogliano in Italy, and Vicenza Rugby which was also in Italy.

Q: What is your favorite rugby memory?
A: Defeating Russia in the 2011 RWC in New Zealand, beating Canada in Sacramento, CA in 2014, and playing against the All Blacks in Chicago.

Q: Where are you now?
A: I live in Sacramento, CA with my wife, Kramer, and our one-year-old son, Hayes. I am the executive director of Rugby NorCal, which oversees all youth rugby and high school operations in the northern California region. Our goal is to grow the game by numbers, but also to increase the quality.

Q: What do you believe is the most important factor in growing the sport of rugby in the US?
A: I think that the most crucial factor in growing the game in the US is to educate the coaches. While there are many areas where we could improve (administratively, commercially, etc), the most direct impact we could have on our youth playing the game today is to provide coaches with the opportunities to grow their knowledge and provide opportunities to do so. It is up to the coaches to improve their existing programs and to self-educate where possible. This accountability, in my opinion, will bleed over to many other facets previously mentioned that are lacking. We must lead this game to improvement, not passively be passengers to its development.

Q: What piece of advice you would give to aspiring rugby players?
A: Leadership overcomes all. Wake up early, read, work hard, prioritize, execute, be diligent about your path. Do not be a passenger, but rather dictate where your life should go. It won’t always go the way you want or plan, but that is ok. You adapt, overcome, and make the best of whatever situation you find yourself. If rugby is your passion, then there should be nothing that keeps you from chasing it with unrelenting energy. Avoid all the excuses, because the excuses you give yourself are lies. Every one of them. Everyone who came before you want you to improve and succeed, so do not leave any doubts.