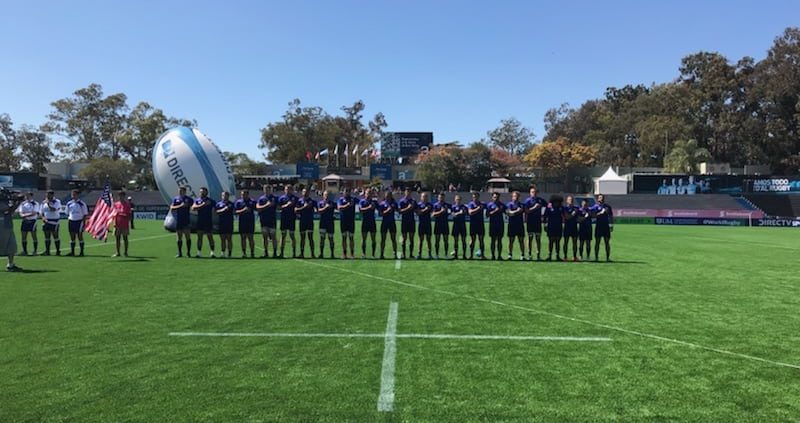 MONTEVIDEO, URU. – The USA Men’s Selects have fallen 39-30 to Tonga A in their first match of the World Rugby Americas Pacific Challenge 2018. The back and forth scoring affair saw both teams struggle with penalties and possession, as Tonga A capitalized on two back-to-back final tries and one match-winning penalty to seal the victory.

“Life’s best lessons are always hard earned. Leaking 17 points in the last 8 is as good of a hard-earned lesson as you can get. On the upside, a few men now understand what it takes to play internationally in terms of consistent focus and intensity,” said Head Coach Scott Lawrence.

“We’ll take our time, rest, recover and do a review of where we can be better; make a few changes to bring some energy into the side and work to build improved connections and accuracy.”

Penalties were rampant for both teams in different ways where the United States had trouble at the breakdown, drawing three in the first 10 minutes of play, Tonga A made a number of high tackles. For the most part, the Selects were strong at the set piece but missed multiple tackles that allowed their opposition to run away with wide open breakaway tries. Tonga quickly learned to read defensive miscues from the USA to match physicality with precision for nine unanswered points.

Though it was Tonga A who concluded the match on the right side of the scoreboard, the U.S. continued to threaten throughout the game, particularly with a dominant first half of possession.  In fact, for the first 20-minutes of the contest, neither team was able to win a try. USA’s Dylan Audsley came closest with a tackle that pushed him over the line less than 10 minutes in, but the match referee didn’t award the score noting that Audsley failed to touch down.

The valiant effort was a clear indication of a mostly dominant performance by the USA. Taking advantage of messy offloads from the Tongan side allowed the Selects to keep their opponent from crossing the gain line for a majority of the half. As the game intensified, Tonga’s Tuineau was called for a high tackle on Chance Wenglewski, paving the way for Audsley to launch three points through the posts for a brief lead.

The penalty points erupted a momentum in both teams that saw the next 60 minutes of play filled with action.

A poor USA lineout allowed Tonga to attack past the U.S. 22, breaking the gain line for the first time in the game where John Ika leaped into open space and scored, 7-3. Five minutes and a missed Tongan penalty kick went by, and Brendan Daly put the Selects back on board with a try of his own, converted by Audsley, 7-10.

Audsley made another penalty kick and Tonga answered with another try leading both teams into halftime with a 17-13 Tongan lead.

The second half was somewhat a duplication of the penalties and high tackles sustained in the first, with possession spread more evenly across the pitch. By this point both teams had identified a weakness in the other: USA was still winning many turnovers; while Tonga A continued to exploit the U.S. breakdown.

Men’s Selects’ Tim Maupin opened the half with a try bringing the United States up to 17-20 at the 45-minute mark. Then, missed tackles allowed the Tongans to break deep past the gain line with John Ika once again jumping over a U.S. defender to bring his side up 22-20.

Tim Maupin followed again minutes later by intercepting an offload and breaking three tackles to keep the ball moving. Captain Conor Kearns helped the attack move forward but play was stopped on another high tackle, turning what could have been a score to a made penalty by Audsley, 22-23.

Selects’ Ryan Matyas made up for it shortly after, however, with a brilliant response to the Tongan kick-chase that saw him offload to Hanco Germishuys on the wing. Germishuys broke two tackles — charging forward — and tossed to Vili Toluta’u who dove in for the converted score, 22-30.

USA had almost regained all the momentum until the match referee called a knock on by Devereaux Ferris. The Tongans won the ensuing scrum, punishing U.S. on missed tackles by running away with two consecutive tries, 36-30. There was still enough time for the Men’s Selects to buckle down and bring play back to their side but a final penalty allowed Tonga to make a crucial kick and win the game at 39-30.

The loss was an undoubted disappointment to an American side that showed considerable promise amongst some damaging mistakes. Until the very end, the U.S. continued to keep the Tongans on their feet, building momentum on the scoreboard to keep the match within grasp for a majority of the 80 minutes. While miscues ultimately proved costly, the Men’s Selects will have a short four days to focus on their defensive strategy before taking on home team Uruguay XV on Wednesday at 12:30 PM ET.

The game will be streamed LIVE on FloRugby. 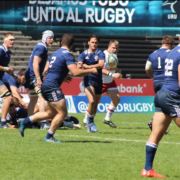 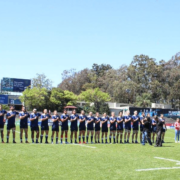 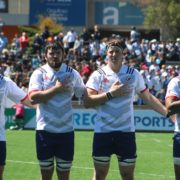 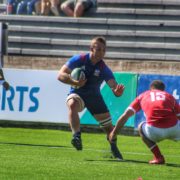