After a three-month summer break, men’s and women’s 15s rugby in the Mid-Atlantic was welcomed by rain and wind which added an X-factor to the Saturday’s tests. Two of the 16 matches were postponed and the remainder of the games featured gritty and dynamic play across five states.

In men’s Division I, the top two teams, the Norfolk Blues and Rocky Gorge, began with dominant 50+ point wins. After a loss of 13 players from its championship squad, the Blues beat the Washington Irish convincingly, 51-15, and coach Chris Porter said, “It’s a big boost to our young players who have taken on the leadership roles this season. We know it is a long road ahead of us to get to the level we played last year.”

Following a relegation to DII in 2016, Northern Virginia (NOVA) is back in Division I and came from behind to beat the Potomac Exiles, 27-24, in the second half. After leading 17-0 at halftime, coach Joe Tropea said, “the reality of DI smacked us in the face as the second half started. You can’t let up in DI, can’t miss a tackle, and can’t stop executing. If you do your opponent will capitalize on your mistakes and overcome you… Super proud of my boys for coming back and rising to the occasion, retaking the lead on a beautifully worked try, and finishing the game to get NOVA its first DI win in over three years.

In the final game of Division I, the Pittsburgh Harlequins defended Founders Field for a 32-17 victory over Baltimore-Chesapeake.

The teams to beat in Division III this fall are Western Suburbs and the Northeast Philadephia Irish. Thirteen starters return for the Suburbs with seven new players joining the fold. Western Suburbs beat West Potomac 52-21 to open the season and coach Stephen Cleary said, “our team was on the same page all game. We had seen them a couple weekends before and I knew their wings weren’t that great so I put big guys out on the wing and that accounted for at least four or five tries.”

As for the Northeast Philadelphia Irish, they missed out on the postseason due to a CIPP issue, but they are back to terrorize the Division III-North with their lineup intact. The Irish brought the wood against the Philadelphia Gryphons winning 65-3. “Our defense is what our claim to fame is,” coach Tim Morris said. “It was shutout defense and offensively, we put in a new system this year with a different style of attack in the breakdown.” 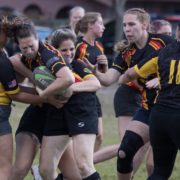 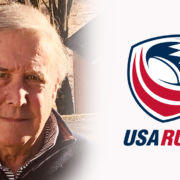