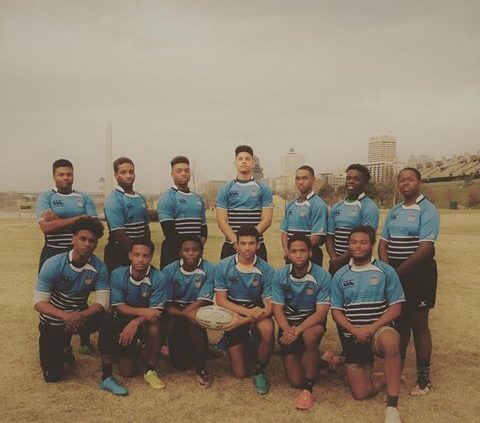 Through the pedagogy of rugby, Shane Young and his organization, Memphis Inner City Rugby, are helping to open doors to the youth of Memphis. Memphis Inner City Rugby was a brainchild of Shane Young and Devin O’Brien in 2012 during a stint for teach for America. Shane and Devin were both struck by the lack of opportunity for students to participate in after school sports. “There is football available to them, but that excludes the women. There is basketball available to them, but that excludes anyone who isn’t tall, and it’s only a team of 13.” Young stated.

For Shane and Devin, who were both avid rugby players (Shane having played his whole life, and Devin in College) there was an elliptically shaped void in their students’ lives and they knew how to fill it. “Originally, I wanted to coach a team, as it was all I ever knew, but I knew that it would galvanize them.” Young candidly responded when asked about why he started the program. Galvanization is what O’Brien and Young wanted, and it’s exactly what they found, with the program growing exponentially having gone from 25 athletes in 2012, to now over 200 just five years later.

Young reiterates at Memphis Inner City Rugby “We wanted to use rugby as a platform to elevate the students beyond their circumstances using different enrichment opportunities.”  While they are in the program they have access to weekly yoga classes and ACT tutoring sessions. The incentivisation of these opportunities has been paying dividends, with all of their students since its inception graduating from High School, and their 2017 class having a college acceptance rate of 100%.

The program has been, by every measure, a success; but Young doesn’t believe his job ends at getting them into college, he wants to be able to help them in their transition into college. This has been one of the biggest challenges the organization has faced to date. Through speaking at the National Development Summit (NDS), Young, is hoping to tell the story of his program and create connections with coaches so he can continue to ensure they are not only “elevated beyond their circumstances” in high school, but also in college.

When asked what else he is hoping to get out of his experience at NDS in January, Young simply replied: “Our desire is to help and spread our knowledge of what we’ve learned since 2012”. Young and O’Brien have already helped other similar institutions out throughout the U.S. helping programs down in Dallas and Southwest Florida. However, while they are keen for their idea to spread, they are weary of expanding their own platform too quickly: “We want to expand responsibly” Young replied when asked about growing their movement. Young believes in the work he is doing and he does not want to jeopardize the validity of the program by expanding for expansions sake, he wants to ensure that he is doing the best by his students, and as they expand they have the appropriate people in the appropriate roles.

Young will be speaking at the NDS which is taking place from 19th-21st of January in Denver. You can register for the event here rugbysummit.com/#register