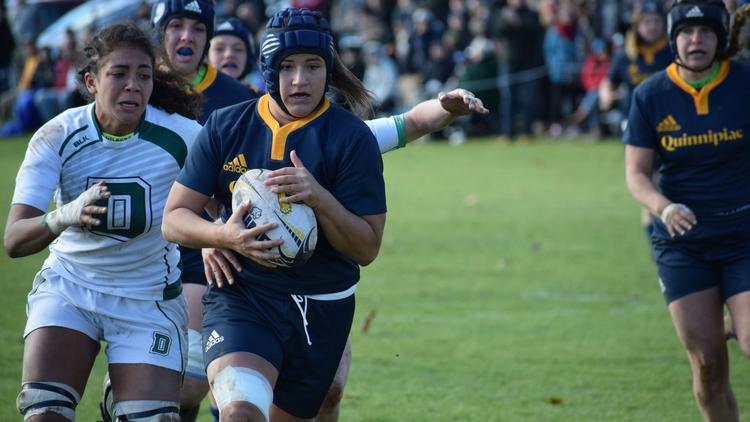 In what had become a custom of theirs throughout the duration of the season, Quinnipiac, showed resiliency, attacking prowess and periods of domination. Dartmouth who had beaten Quinnipiac earlier in the year 22-17, and it looked as if round two was heading in the same direction as Dartmouth were able to get up 15-0 early in the game. Quinnipiac, however, determined to show their championship, picked themselves back up off the ground and looked to Mikah Maples, and Ilona Maher to lead the way, eventually taking the lead before halftime. Heading into the sheds at halftime the scoreboard read 17-15, Quinnipiac.

The game was far from over as the two teams went back and forth, until Quinnipiac were able to cross the line twice, and dot a conversion over to score 12 unanswered points and put the game beyond doubt.

Dartmouth, will no doubt be incredibly disappointed to have come so close to winning it all, and having a perfect season only to fall one game short. There is no doubt that Quinnipiac was able to draw upon their previous championship experience to help guide them out of the hole they found themselves in. A great season was brought to an end by a great game. The 2018 NIRA edition, will have a lot to live up to.