USA Rugby requested an independent World Rugby Certified Citing Commissioner review the Robert Paylor incident to determine if further discipline was necessary under the regulations of World Rugby. After a lengthy, yet protocol focused period, the citing commissioner determined the incident to involve a reckless play, but not involving a “large amount of force” on the behalf of Arkansas State. The World Rugby certified review concludes, “Photographic evidence shows prior to the collapse there is less visible evidence of muscle strain (an indication of active attempt to pull down on the neck) than when both players are moving down as the maul collapses…In addition, given the constant position of the elbow in relation to the head, there appears to be no torquing motion applied to the neck.”

By World Rugby law, such a determination constitutes no red card to be issued. Therefore, no further disciplinary action is to be taken.

Moving forward, USA Rugby will continue putting a strong focus on safety standards as rugby participation continues to increase. Referred counsel from a World Rugby Certified Citing Commissioner will continue to be the protocol in disciplinary review. Additionally, USA Rugby appointed a medical analysis committee to review the mechanics the Paylor play, with the purpose of providing guidance and recommendation to reduce risk of similar injuries. Newly developed video curriculum is also in production with USA Rugby, looking to effectively educate officials, assistant referees and administrators on best practice in avoiding and recognizing instances like these.

It is important for the organization to present safety principals as an ongoing initiative that will never be considered complete. Fundraising efforts for Robert Paylor are still available for support. You can donate to his recovery via a GoFundMe page. 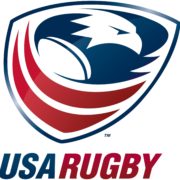