The six-day program, according to World Rugby, was “designed to encourage interaction between the three strands of Coaching, Match Officiating and Strength & Conditioning.”

“We want to produce a spectator-friendly game that’s non-stop action filled with speed and accuracy,” Lawrence said of the three tracks learning from one another at the academy. “For that, it’s a clear understanding of the laws of the game and how they will be refereed so that we play within them without stoppage, as well as leveraging strength and conditioning as a vehicle for the execution of the game based on trained physical abilities.”

It’s been a busy 2017 on the pitch for Lawrence, who’s a Development Senior Director at Oracle. The year started with Lawrence in London where he spent five days shadowing the Aviva Premiership’s Harlequins Football Club. Upon returning stateside, Lawrence led Life University to an undefeated regular season before the Running Eagles suffered their lone defeat of the 2016-17 season to Saint Mary’s College in the D1A Rugby National Championship.

Most recently, Lawrence had the opportunity to immerse himself with the Men’s Eagles coaching staff in their lead up to the 2017 Emirates Airline Summer Series, and through the team’s fixtures against Ireland and Georgia. Still, the already accomplished coach believes there’s always room for improvement.

“Continuing education is a must – no matter what field you’re in,” Lawrence stated. “Coaches owe it to their athletes to look for ways to get better. The key thing is to not just copy and paste the information you’re learning, but to copy and edit, then paste. Make it work for you.”

Lawrence’s methods in coaching enhancement appear to be working. World Rugby High Performance Consultant Dave Hadfield, who was one of the consultants leading the academy’s coaching track, left with high regards for the American.

“Scott represented the U.S. very well and made strong contributions,” complimented Hadfield. “He’s a smart coach who came across well in his on-the-grass coaching and in the classroom sessions. I wish him well as he moves forward in his coaching career.” 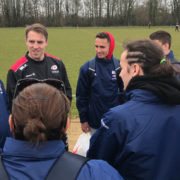 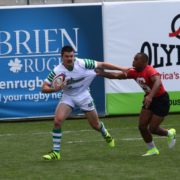