Youngbloodz Rugby’s legacy as one of the best women’s sevens programs in the country lives on – but under a new name. The newly formed Minneapolis Rugby 7s, which is essentially the Youngbloodz’s player pool competing under a new brand, won the Midwest 7s Championship over the weekend, and will make its first appearance at Nationals following a run of five consecutive appearances by the Youngbloodz.

Minneapolis’ run to the Midwest Final was made a bit easier with the Chicago Lions having already qualified. The Lions, winners of the region’s three qualifying events leading up to the championship tournament, were awarded the women’s Midwest No. 1 seed on the ‘Golden Ticket’ law.

Cincinnati Rugby, hosts of the Midwest Championship, gave its fans something to cheers for when its women’s team raced to the Final. However, the hometown squad’s impressing outing fell shy of a bid to Nationals when Minneapolis downed the Wolfhounds, 33-10.

No Golden Ticket was awarded during the men’s Midwest qualifying series, making room for both the Chicago Lions and Metropolis to punch their tickets to Nationals. The Lions have long been renown as one of the best sevens sides in the Midwest, and will make their 15th appearance at Nationals in less than two weeks’ time. Metropolis, on the other hand, has struggled on the sevens circuit even as the club has continued to achieve plenty on the 15s pitch.

In the Final, Chicago outscored Metropolis, 26-5, to take the region’s No. 1 seed, while the team from Minneapolis will stay close to home to play in its first Club 7s National Championship since 2003 as Midwest’s No. 2 seed.

Atavus Academy 7s and the Life West Gladiatrix were able to fend through a lethal field of teams to reach the Final of the women’s Pacific North 7s Championship in Tacoma, Wash., qualifying the two teams for Nationals.

Atavus, which beat the Gladiatrix in the Final, makes its first National Championship appearance, but the team isn’t lacking big game experience. The program is based in Seattle, and includes five players from the Seattle Saracens’ 2016 Club 7s Championship squad that reached the Cup Quarterfinals.

Life West, which recently won a Division I National Championship in 15s less than two months ago, will have an opportunity to win 2017 titles in two codes after missing out on qualification for Nationals last summer.

Similar results came out of the men’s Pacific North competition, as Life West and a team that resembles the Seattle Saracens – Washington Athletic Club – reached the Final, as well. A big difference in the men’s regional championship was the result of the Final, which was won by the Gladiators. Like their female counterparts, the Gladiators did not qualify for Nationals in 2016, but shown they’ll be Cup Contenders in Minneapolis by edging out a Washington Athletic side chock-full of players who have represented USA Rugby as Eagles.

Washington Athletic isn’t exactly steeped in rugby tradition, but with half of the Saracens’ 2016 Club 7s Nationals roster on its squad, the team should fare just fine in a National Championship pool that includes the Dallas Reds, Metropolis and Old Blue. 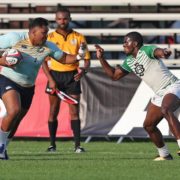 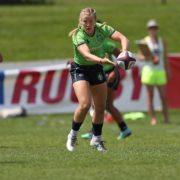