Women’s Rugby World Cup 2006 in Edmonton was the latest success in a growing list of international women’s rugby events, and the greatest in North America up to that point. Teams enjoyed professional amenities off of the field of play, while some called the Final between holder New Zealand and perennial Finalist England the “best ever game of women’s rugby.”

Going so far as to label it the “most physical and competitive match in the tournament’s history,” perhaps in reference to only the WRWCs played under the guidance of then-International Rugby Board since the USA Women’s Eagles’ ’91 comeback effort also showcased the skills and power of female athletes in a groundbreaking way, English media was hot on the topic of its country’s national team.

Having been denied World Cup hosting rights for the 2002 and 2006 events, in addition to appearing in all but one Final (1998, at the end of the Eagles’ three-tournament Finals run), England considered itself “due” a home tournament. With no suitable options in the Southern Hemisphere – despite New Zealand’s dominance on the international scene – and two nations apiece from mainland Europe and the British Isles previous hosts, 2010 represented England’s time to shine.

The tournament would be organized by IRB as opposed to the host unions putting on the ’91 and ’94 World Cups in Wales and Scotland, respectively, though initial plans to host the final slate of knockouts at famed Twickenham Stadium were scrapped prior to kickoff in August 2010. Broadcast coverage of the World Cup would break records, however, enough to push the envelope even further in the quadrennials following it. 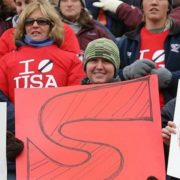 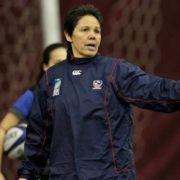 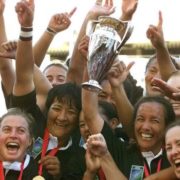 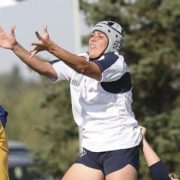 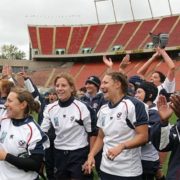