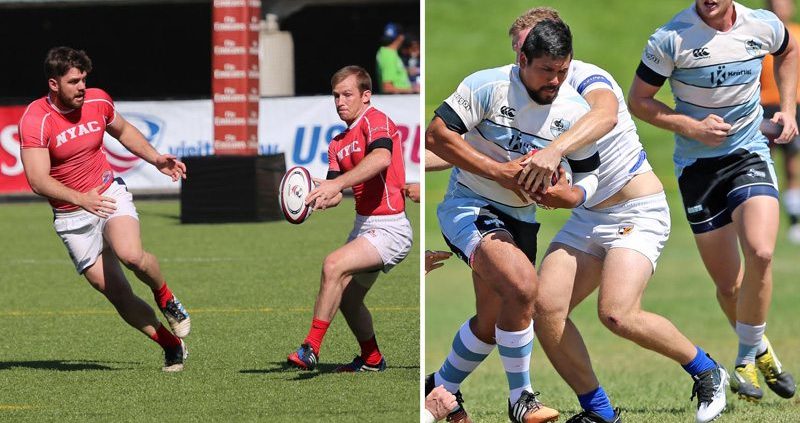 The Men’s D1 National Championship Final will kick off at 7 p.m. MT and will be broadcast live on The Rugby Channel.

It is no secret that the Huns have beefed up their roster with a number impressive acquisitions, including Eagles Hanco Germishuys and Peter Malcolm. However, the ground work for this National Championship-reaching squad has been meticulously laid for several years. In 2015 Austin won just three conference matches out of the Red River. Last year the boys in baby blue doubled their win total, but still finished in the middle of the pack of Texas’ premier competition.

Following a combine in September that unearthed some talent and a few key signees since the fall tryout, the Huns finally had the pieces in place to win the Red River Conference just 24 months after finishing second-to-last.

“The great thing is that besides our fly half, Timothee Guillimin, who is from France, the players we brought in are all U.S. citizens,” explained Austin Head Coach Eugene Eloff. “The building of the team and progress during the season went extremely well because top players lift the abilities and standards of average players.”

Some of the improvements seen with the addition of elite-level players has been noticeable in the team’s overall fitness levels and new-found ability to diversify its game plan. But the transition has also been smooth away from the pitch.

“We are a tight-knit and happy family with character and fighting spirit,” Eloff admired.

Even with the recent success in the Red River Conference, there does not appear to be any sign of satisfaction. Austin made an already challenging schedule more daunting by adding a number of competitive friendlies to its slate of matches, including a home-and-away series against the Glendale Raptors.

Fixtures like the one against the Raptors paid off when the Huns were asked to beat longtime California powers San Francisco Golden Gate and Belmont Shore on consecutive days during the West Playoff’s Quarterfinals and Semifinals, respectively. Austin won a dramatic back-and-forth encounter with Golden Gate before having its way with Belmont Shore to punch its ticket to the June 3-4 USA Rugby Emirates Airline Club Championships at Infinity Park in Glendale.

Despite beating the very best teams the West Coast has to offer, the Huns are not expecting anything less than an absolute dog fight when they enter the ring against the East Coast’s best.

“They are a big, physical side and did not make the Finals by luck,” Eloff said of NYAC. “They are a well-balanced side with lots of flair and speed, but like to play a direct game. It promises to be a tough encounter and we will have to be on top of our game.”

Like Austin, NYAC had its own gauntlet of a Quarterfinal and Semifinal to rise above. First, ‘The AC’ downed reigning Division I National Champion Mystic River by 18 points, and proved to be too strong for a Chicago Lions squad it handled, 27-5. Amazingly enough, the two postseason victories came without fly half Harry Bennet, who was out with an injury.

The loss of Bennet was a minor revelation for NYAC, as Chris Mattina was asked to move over from full back and showed he can more than just cover the No. 10 jersey. Of course, it helps to have Justin Hundley. The longtime NYAC player and former Eagles Sevens squad member can move around the back line, and made Mattina’s appearances at fly half easy to handle with his play at scrum half.

“Justin Hundley is the most overall talented player that has taken the pitch during my years at NYAC and USA Rugby,” complimented NYAC Coach Dave Katz. “He has every skill set necessary, therefore, he can fill in at virtually any position.”

Hundley’s not alone as a team leader, though. In fact, NYAC’s roster is chock full of leaders. Couple that with the team’s recent Championship experience, and NYAC might have a slight edge heading into the weekend.

“Our coaching style is to give them structure and a game plan, but the players are self-leaders – all of them,” Katz said. “They lead themselves and it’s great for the coaches to be able to sit back and watch them do what they do.”

The coaches have also been watching what the Huns do. NYAC’s staff has been impressed with what they see on film, especially out of the No. 9 and No. 10 combination of Michael Reid and Guillimin.

In the forwards, NYAC highlighted the play of Germishuys. The young Eagle flanker plays with a ferocity that is hard to miss.

“He’s a very hard runner and he’s a very athletic runner, too. So we’ve taken a good look at him,” Katz said of the South African-born loose forward.

The Men’s Division I National Championship fixture is scheduled to kick off Saturday, June 3, at 7 p.m. MT and will be available to watch free of charge on The Rugby Channel.