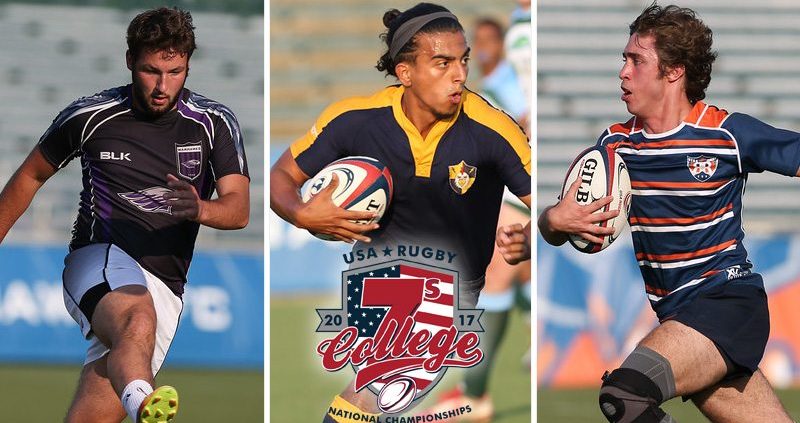 A pair of 9 a.m. MT Division II fixtures will kick off Day 2 of College 7s Saturday, May 20, and the tournament will come to a boiling point Sunday evening in the Cup Finals. Every one of the 33 matches will air live on The Rugby Channel.

Since Principia won the inaugural Men’s Division II National Championship in 2013, the Thunder Chickens have qualified for each championship event since. Last year, Principia advanced to the Cup Quarterfinals, but a loss to Wisconsin-Whitewater stalled its hopes of a second National Championship. After fending off a field that included the likes of Minnesota-Duluth and Whitewater to win the Fool’s Fest tournament in April, the Thunder Chickens look like Cup contenders once again.

Norwich’s fall season churned out the Cadets’ best 15s campaign in program history. The team marched to the Fall Championship event where it proved it has the athletes to compete at a high level in sevens. A win at the New England Collegiate College Rugby Conference 7s has head coach Bob Weggler’s team competing in its second National Championship event in five months.

Hartford and Southern Connecticut are making their debuts at College 7s, but both teams more than earned their way into the championship field by pulling out wins at the New England Wide Conference 7s Championship and the Rugby Northeast 7s Championship, respectively.

A move down to Division II has benefited the North Carolina State program, and now the Wolfpack will have an opportunity to play for a College 7s National Championship after winning the Cardinals Conference 7s Championship over Old Dominion, 19-0.

Drexel is making its first College 7s appearance after winning the championship tournament out of the Mid-Atlantic Conference, but Texas-San Antonio is one of four teams returning from last year’s event in Cary, N.C. The Roadrunners will not catch anyone off guard this weekend after reaching the Cup Quarterfinals in 2016.

Do not tell Saint Louis that Wisconsin-Whitewater is the Division II favorite, though. The Billikens placed fourth at the 2015 College 7s National Championship and reached the Cup Final of last year’s tournament.