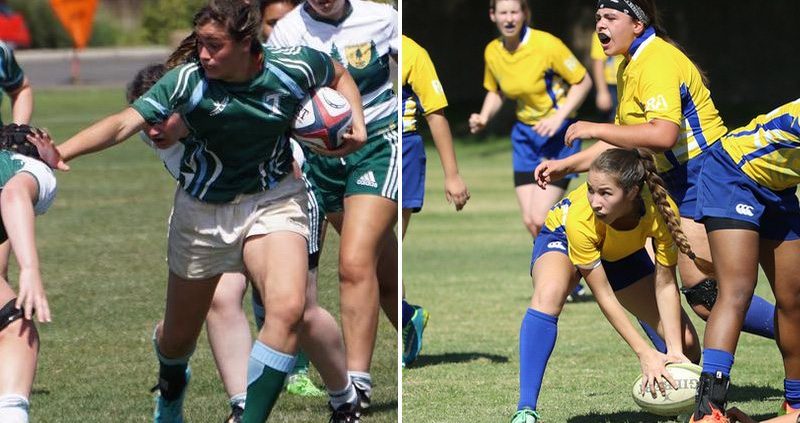 Tulane University, the 2016 Spring Champion, will continue to defend its crown in a Semifinal matchup Saturday, April 22, against first-year Grand Canyon University, while Kennesaw State University will hope to secure a May 6 National Championship place at Life University in Marietta, Ga., with two victories in two days beginning with University of California, Irvine.

The Anteaters out of Irvine have already bettered their 2015-16 finish, and partially redeemed themselves along the way. Having blown a lead against University of Southern California in last year’s Spring Championship Round of 16, Irvine traveled to Los Angeles early in its spring season to put up 60 on the Trojans. The team that returned all but just two graduates from the 2016 playoff squad, however, is not necessarily pleased with its undefeated Gold Coast campaign, which also included a defeat of fellow Spring Semifinalist Grand Canyon.

“Many of those performances were not our best rugby,” Head Coach Andrew Mase reflected. “We really try not to get caught up in a results-oriented perspective. Not much has changed from last season. We returned a core group of extremely dedicated players who have matured in both their rugby ability and their leadership.

“This year, we’ve been more fortunate with staying healthy, which really helps after four months of competitive rugby. On balance, the team has dedicated more time to fitness and studying the game of rugby.”

Despite the expected loss of senior fly half Virginia Ruana, who was injured in the final Gold Coast matchup against Occidental College just over a month ago, Irvine has received offensive output from its entire roster. Leading the way is full back Elona Williams, who transitioned from last year’s position of center. Her hat trick against Occidental was the difference in the score line and brought her regular season total to 10 before the Quarterfinal defeat of Santa Clara University in which she dotted down five times.

Mase identified Williams as a student-athlete that has “upped her game and finishing ability” as the playoffs neared, but it is the effort of the overall core group of returners that will see them through the latest round of the playoffs. In the way is a high-scoring Owls team that will also be confident in its abilities.

“We’ve seen video of Kennesaw State and we believe that we have our work cut out for us,” Mase admitted. “Inching away with a one-point victory against Kennesaw will be a tremendous task. They are an extremely athletic team who can score points from any part of the field. We’ll need a true 80-minute, sustained effort in order to put in a good performance.”

South Independent Rugby Conference Champion Kennesaw State will be riding high into Saturday’s Semifinal after dispatching the reigning Spring Champion in its Conference Final. The back-and-forth affair could have gone either way as Tulane held a 29-24 lead in the final minute of play, but the free-scoring Owls exhibited the defensive skills necessary of a Championship team to win a lineout 20 meters from their own try line to give its lethal offense one last possession. Inside center Caitlane Fricia beat the Green Wave for a 90-meter try to snatch victory and the conference title.

After posting a century of points to the scoreboard against University of North Carolina, Charlotte, in the Round of 16, Kennesaw State’s path to a Spring Championship was made difficult by a stingy Kansas State University team in the next day’s Quarterfinal. Trailing by just one point at halftime, the Owls needed three tries late in the game to erase an 11-point deficit and see out the 33-30 victory.

Overcoming adversity in a high-pressure playoff situation should put the Owls in good stead heading into Saturday’s Semifinal, which will advance a winner through to Sunday’s Final against a familiar SIRC foe or the Gold Coast’s third-place team.

The continuity between that Spring Championship squad and this year’s hopeful has been strained throughout the season, leading to challenges on and off of the field. Three seniors graduated from the program while 12 student-athletes missed the fall season with studies abroad, making for a unique transition around the New Year.

“While there were some play-in tournaments, the focus [in the fall] was largely on development of athletes in new roles and bringing the rookies up to speed,” Mallindine said. “It also presented an interesting dynamic combining essentially two teams into one when the returning veteran athletes rejoined the new recruits this spring. Those dynamics showed up early in matrix play but Tulane has become much more cohesive in the postseason.”

Though Kennesaw State upended the Green Wave in the SIRC Final, Tulane did find its stride in a 55-27 Round of 16 defeat of Towson University April 8. Its Quarterfinal match against University of South Carolina, on the other hand, forced the team to dig deep as the match official sent three Tulane players to the sin bin through 80 minutes. Three unconverted tries from forwards Alexandra Clarke and Lily Wissinger and scrum half Gwendolyn Leifer – the No. 9 providing the match-winning score 10 minute prior to the third yellow card and 15 minutes before the final whistle – made for a 15-12 final score, but it was lessons learned on defense it will carry into this weekend’s knockouts.

“The yellow cards, quite honestly, surprised everyone, and that showed in the two tries from USC that happened immediately following two of the cards,” Mallindine said. “In lieu of focusing on the validity of the calls or trying to break down why the yellow cards happened, we instead focused on what we accomplished while playing essentially 30 minutes a player down.

“We are prepared and ready to play our game. Having been in Grand Canyon’s shoes last year, we know that we have to go into it with the same energy and drive as we did last year as a first-year underdog because we know GCU will bring nothing less. In this division there isn’t much opportunity for exposure to these teams so everyone is a relative unknown. If we learned anything about ourselves last year, it’s that we do not fear the unknown.”

A couple of hiccups in the middle of their Gold Coast season did not slow the Lopes down on the way to a playoff berth in Bellingham, Wash., earlier this month. With Claremont Colleges deferring to a National Small College Rugby Organization sevens campaign at the end of the month, Grand Canyon was slotted in as the No. 2 seed out of the conference. The Lopes seized the opportunity in their first go, beating West North Regional host and Cascade Conference Champion Western Washington University in the Round of 16.

The Lopes scored three tries in 15 minutes early in the second half of the Quarterfinal against West Coast Conference Champion Fresno State University the next day to take their first lead before padding it with a 79th-minute try, finishing off an exciting weekend for the first-year program. It will need to recreate some of that magic against a talented, experienced Tulane team and whichever school lines up in the Final Sunday, April 23, if it is to secure any hardware this season.