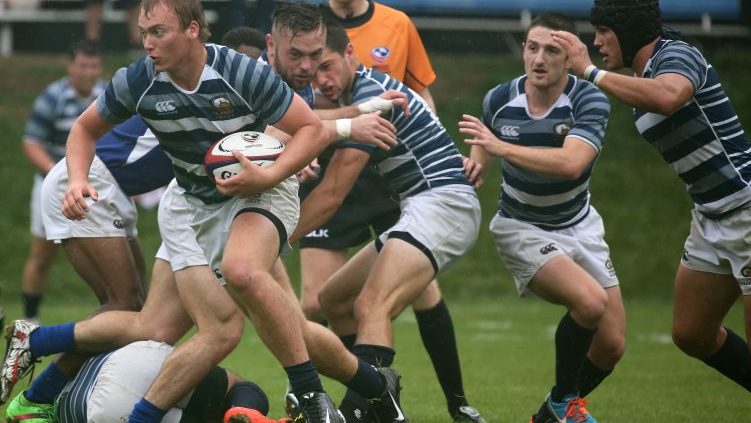 LAFAYETTE, Colo. – Florida State University stands between UC Davis and a third consecutive appearance in the D1AA National Championship game. In fact, after winning titles in 2015 and 2016, the Seminoles represent a roadblock in the Aggies’ plans for a three-peat.

Florida State completed an incredible turnaround season in the South Independent Rugby Conference by defeating two-time National Champions Central Florida in the conference title game. If the 2017 SIRC crown didn’t convince college rugby fans the Seminoles are for real, their results in the D1AA Spring Quarterfinals and Semifinals sure did.

The team hung tough to overcome three separate deficits to beat a very good North Texas team in the Semifinals. Despite leaving it all hang out in the two point win over the Mean Green, Florida State returned to the pitch the very next days to shutout Heart of America Conference Champions Missouri in dominant fashion, 38-0, in the Spring D1AA Semifinals.

“We knew that to beat a larger Missouri side we were going to have to dig deep to make big hits and squander their cohesion as a unit,” said Florida State fly half Alex Ruiz. “Once their team lost its identify, we kept our foot on the gas pedal and let our players play our rugby.”

Impressive April 8 and 9 results aside, the Seminoles will still be deemed underdogs heading into its Spring Final fixture. After all, they are going up against the two-time reigning National Champions and have to fly across the entire country to get to their championship contest at Stanford University. UC Davis, on the other hand, has roughly 100 miles to cover in order to get to Stanford’s Steuber Rugby Stadium.

Regardless of the Aggies’ National Championship pedigree and lack of travel required for the Spring D1AA final, UC Davis is not taking Florida State lightly. The 2017 Pacific Western Champions understand they’ll need to roll up their sleeves against an imposing Seminoles side.

“Florida State has a much larger forward pack than ours. We respect that and recognize that as a strong asset,” said UC Davis Head Coach Kal Incedy. “Their team seems to have good synergy amongst the players – strong rugby culture is always a variable in the equation.”

Since winning the 2015 D1AA National Championship against Central Florida, the Aggies have only dropped one game of 15s. UC Davis was tripped up by a very good Chico State team in the last game of the Pacific Western regular season. The loss to the Wildcats was a necessary wakeup call for the team, but avenging the defeat to Chico State a week later in the Pacific Western Championship game was just as crucial for the outlook of the rest of the 2017 season.

“Both the loss and the win over Chico State was beneficial to the team,” explained Incendy. “The loss showed the team that failure to prepare is preparing to fail, and complacency and underestimating your opponent isn’t a good approach. The loss was a reality check to continue to play the patterns we have been practicing, and not resort to older rugby tactics and what has worked in the past. We strive to become more dynamic and expansive as a team every day.”

D1AA’s Fall Champion Notre Dame College awaits the winner between Florida State and UC Davis. The Fall and Spring Champions will clash Saturday, May 6 at Life University in Marietta Ga. as part of the 2017 USA Rugby College 15s National Championships. The May 6 D1AA National Championship game is scheduled to kickoff at 11 a.m. ET and will air live on The Rugby Channel free of charge.