First introduced to rugby at Northeast Missouri State University, Tracey Davies has been long involved with the game in multiple different roles, from Collegiate All-American to coach. Tracey spoke with USA Rugby Trust to share her rugby story and discuss how we can continue to grow and develop rugby in the United States.

USA Rugby Trust: When and where did you play rugby?
Tracey Davies:

USART: When did you play with the Eagles?
>TD:

USART: What is your favorite rugby memory?
TD: There are far too many memories to name for the 23 years since I first picked up a rugby ball. I will never forget what it was like to stand on foreign soil and listen to our National Anthem being played before a match; however, most of my favorite rugby memories come from watching the high school rugby players that I coach and now my sons with a rugby ball in hand and falling in love with the game. Introducing people to rugby and watching their confidence soar and watching them realize just what rugby can offer them is inspiring. It is why I have coached high school rugby for the last 18 years.

I also remember what it was like as a 155-pound freshman in college, trying to make my first tackle. It was my first or second practice and I hadn’t been taught to tackle at all but the coaches asked for anyone who wanted to hit and I quickly raised my hand. One of the experienced players, who was probably about 70 pounds bigger than me, ran at me and I tackled her but pulled her right on my chest, knocking the wind out of me. I learned two things in that moment: that I wished I had been taught to tackle properly and holy cow, I loved this game.

USART: Where are you now?
TD: I first became certified to coach in 1997 as a player coach of my college team, Truman State University Bullets. When I graduated in December 1998, I moved to Kansas City to play for the KC Jazz. I was approached by some girls at the high school where I was working as a Campus Supervisor about starting a high school girls team. From there, I continued to recruit like-minded coaches who bought into what we were trying to accomplish and we continued to build more rugby teams. I moved from Kansas City to Liberty, Missouri in 2009 and currently live in Liberty.

I was criticized by some for hanging up my boots too soon, but I know it was the right thing to do for the growth of the game. My love of the game grows exponentially through the players my coaches and I introduce to the game. Coaching is not a sacrifice, it is not a burden, it is a gift. It is a gift to grow the traditions of rugby and share our passion for it. The camaraderie, the respect, the sportsmanship, the honor, the character building and dedication to family is what this game should be about and that is what we continue to build in our programs.

Regarding what USA Rugby can do, in my opinion, it is important that they realize that there are many geographical areas in various stages of development across this great country. Remembering that not all areas are at the same stages of development is important. Sometimes growing pains and change are necessary but I encourage USA Rugby to be more attentive to whether those policy changes are actually detrimental to the morale of the volunteers at that start up level. Remembering that a majority of coaches involved with rugby in the US are volunteers is crucial to understanding how to respect and help them grow the game in their individual areas. 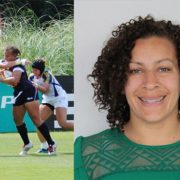 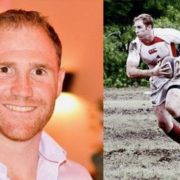