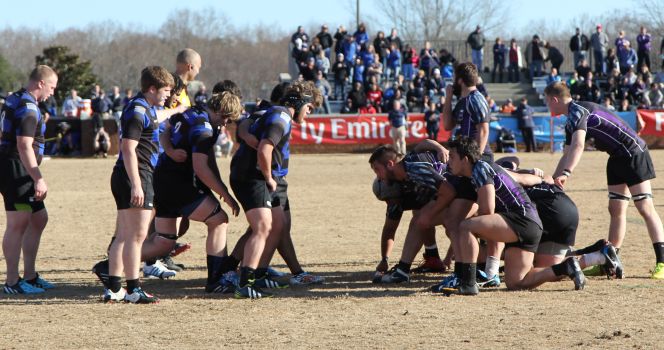 Kickoff times for the Semifinal matchups of the Men’s Division II National Championship playoffs have been updated.
Norwich University will play University of Wisconsin-Whitewater at 9 a.m. ET & University of Minnesota-Duluth will play Furman University at 11 a.m. ET Saturday, Dec. 3.

Norwich and Wisconsin-Whitewater combined for four victories at Pittsburgh’s Founders Field. The Warhawks, playing out of the Northeast Regional, began the Nov. 19-20 Playoffs with a 55-8 win against Middlebury. Led by center Levi Van Lanen’s two-try performance, and 15 points off of the boot of Tim Grams, Wisconsin-Whitewater built a 24-8 halftime lead and managed to keep the Panthers off of the scoreboard the entire second period.

On day two, the Warhawks made it 120 minutes without relinquishing a point thanks to its 39-0 shutout of the Coast Guard Academy. Whitewater wingers Jack Healy and Alec Treuthardt, who both scored tries against Middlebury, dotted down again in the Quarterfinal win over the Bears. Grams continued his superb kicking, slotting two penalties and connecting on four of his five conversion attempts.

The Cadets of Norwich are heading to their first-ever National Semifinal after outlasting Bentley and Rowan. Eight man Eric Pierone’s hat trick kept Bentley at arm’s reach the entirety of the 30-17 win and the senior had plenty of fuel left in the tank for Sunday’s Quarterfinal. Pierone scored twice more against Rowan, while Chase Bullen, Keyon McCloud-Holman, and Tom St. Pierre scored tries of their own to lead Norwich to a 38-22 victory.

Minnesota-Duluth traveled to Wayne State College in Nebraska where it ran into reasonable resistance from a pair of Midwest Regional competitors. During last year’s Round of 16 and eight, the Fighting Penguins combined to allow just six points. In Saturday’s Round of 16, Colorado School of Mines battled Duluth to a 31-14 final.

North Dakota State proved to be a worthy Quarterfinal adversary, but the Penguins still prevailed, 43-21. Day one try-scorers Trace Bolstad and Randy Tanaka went beyond the end line again against the Bison, and Zachary Schwartz added 13 points to pace Minnesota-Duluth.

Desperately wanting to participate in the National Championship event it has hosted since 2014, Furman exploded for 66 points in its South Regional Round of 16 handling of Sacred Heart. Nine Paladins found the try zone, including Roy Bradley Jr. and Hunter Branch who both went in for seconds. Jacob Milchuck was another one of the nine Furman try-scorers. He was also responsible for six conversions for 17 total points.

The Paladins’ attack was instrumental in their second win of the weekend, too. Furman ran out to a 22-7 halftime advantage against Cardinals Conference Champions North Carolina State. By the 60th minute, Furman’s lead was up to 35-7 before eventually climbing to a 40-19 victory over the Wolfpack.

Dec. 3’s Semifinals at Furman University in Greenville, S.C. will see first-time finalist Norwich match up against 2014 and 2015 National runner-up Wisconsin-Whitewater at 11 a.m. ET. The other Semifinal pits reigning Champion Minnesota-Duluth versus host Furman in the 9 a.m. ET morning kickoff. The winners of the Semifinal fixtures will meet the very next day to contend for the 2016 Men’s Division II National Championship at 1 p.m. ET.

Both Semifinal games and the Sunday, Dec. 4, Championship Final will air free of charge on The Rugby Channel.