The Women’s Premier League (WPL) will host its eighth national championship Friday, Nov. 11 and Sunday, Nov. 13 at Life University in Marietta, Ga. The eight-team competition is split into two tiers and begins with championship and fifth-place semifinals on day one. Either Glendale, New York, San Diego or Twin Cities will be crowned the 2016 champion.

Two-time reigning champion Glendale (5-1) takes on Red Conference winner New York (6-0) on one side of the bracket. First-year WPL coach Kittery Ruiz promoted some developmental players to the top side and added new talent like Justine Wypych and Melissa Polheber (Wisconsin alumnae), all of whom were influential early on. Halfway through the season, Hannah Stolba and Kristen Shalosky returned from New Zealand, and 7s and 15s Eagle Carmen Farmer put on the Glendale jersey. They helped drive an undefeated record heading into the final league match against San Diego. But in round six, the Surfers defeated the Raptors 45-15.

“We knew the game against San Diego was going to be a hard-fought game,” Glendale co-captain Christen Suda reflected. “We came out flat and our defense let us down in the first half. It was great to see the girls fight back in the second half. They showed a great deal of determination and tenacity, which will be needed during the upcoming weekend.”

Suda wasn’t disheartened in the loss and viewed the team’s shortcomings as easily fixable. When Glendale returned to the practice pitch, trainings focused on defensive structure and tackling fundamentals.

“The outcome against San Diego was not what we wanted, yet, it might have been what we needed to get us mentally prepared for nationals,” the outside center added. “I personally think that we have a very strong team with a lot of heart. Even in defeat, we saw a lot of positives, which we will build upon this week.”

New York knows something about rebounding. After finishing 0-8 two seasons ago, then finishing fourth overall in 2015, New York is back to the winning ways that marked their 2009 and 2010 title runs. That rebuild attracted stellar talent – from Australian internationals like Brooke Saunders and Ayden Bain, to current Eagles Kate Daley and Alycia Washington, and the return of Phaidra Knight in this year alone. There was already an excellent base in players like captain Tiffany Faaee, Mary McCarthy, Shelby Lin, Cynthia Wright, among many others.

The league took notice when New York defeated Twin Cities 42-15 in Minnesota and then repeated with a 62-24 victory at home. New York was the only team to bank six bonus-point wins.

“All season we’ve focused on the next job. We set a goal to win our conference, which we did, but going into nationals as the only team without a loss has the girls hungry to keep raising that bar,” Faaee relayed. “We’ve been working on getting our game right, being clinical with our processes and making sure we focus on our jobs and not the outcome.

“It’s going to be a tough game against the defending champions. Glendale have some strong players. We know if we want to do well, we need to work harder and play smarter,” the captain added. “The team feels ready. We can’t wait to get out there and play.”

San Diego and Twin Cities will conclude the first day of competition. The Surfers’ season started with a two-point loss to Glendale on the road, but the result was the mark of a new team still finding its rhythm. San Diego inherited players from the USA Women’s National Team’s developing 15s residency for forwards, and saw players like Hope Rogers, Sam Pankey, Molly Kinsella and Jordan Gray (who ended up playing in the backs) join the team. Paired with young talent like Matelina Maluia and WPL newcomer Kate Zachary, the pack coalesced into a formidable force.

San Diego has always had a good back line, and this year it’s directed by halfbacks Liz Trujillo and Hunter Griendling. Although the Surfers will be missing Deven Owsiany to injury, the centers have seen 7s Eagle Dana Meschisi and Gray work well together. They were influential in the team’s 30-point win over Glendale to end the season.

“The outcome of game six was very exciting,” Trujillo confirmed. “The initial loss to Glendale was hard to swallow, so once we got back to San Diego we focused on refining our game plan. We are proud of the work the team has put forth. We’ve connected well with multiple combinations, but we still have a few more games to concentrate on, and we know they won’t be easy.”

Twin Cities has been experimenting with lineups this season and re-examined its offense after the first regular-season loss to New York. Although there are several veterans in the back line – captain Sylvia Braaten, Katana Howard, Jacie Vonada, Rachel Lentsch, Kaelene Lundstrum – finding the right combinations became a priority.

“Yes, this season may have seen more adjustments than in years past, as we have more players moving up in the ranks and earning playing time with our WPL side,” Braaten explained. “We’ve had many moments of great play this season as well as moments where we have been tested.”

One of those tests came against Atlanta in the final round of league play. After trailing 5-3 at the half, the Minnesota side took an 18-5 lead after Vonada kicked her second penalty (and later a conversion), and lock Marina McCluskey and No. 8 Tupouahau Paea scored. In the fourth quarter, the Harlequins rallied with two tries to pull within one, 18-17, and Twin Cities’ defense had to hold off an eager host.

Twin Cities has encountered more competition this season than recent years, but like the rest of the 2016 semifinalists have shown, a little adversity can go a long way in terms of motivation and preparation.

“Looking forward to this weekend, we know the competition at nationals will be very strong and for us to have success we will need to focus on the basics, play together, and battle from the very first whistle until the last,” Braaten concluded.

For more information on the WPL championship, CLICK HERE. 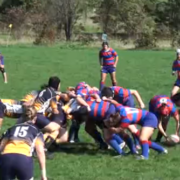 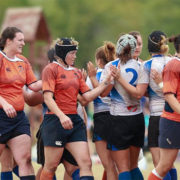 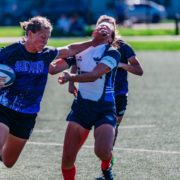 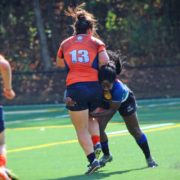 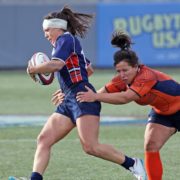