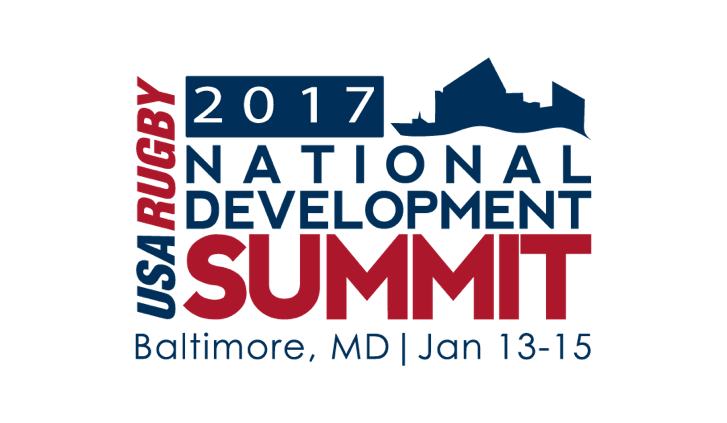 The Summit, held annually, features an education- and entertainment-filled weekend with content for all members of the rugby community: players, coaches, administrators and organizations. The event saw its largest attendance ever in 2016, with over 500 attendees, presenters, and exhibitors gathering in San Francisco. Excitement around Rugby Sevens’ introduction during the 2016 Olympic and Paralympic Games is sure to make 2017 another record breaker.

USA Rugby Director of Training and Education Kenny Forehand has jumped at the opportunity to help create an exciting lineup of speakers for the Summit: “We’re putting together a great cast of speakers for the weekend focusing not only on the information but to make the presentations interactive and entertaining for attendees as well.”

The 2017 NDS will focus on community growth, retention, and diversity at all levels of the game, as well as many other exciting topics. New networking events have been added to the weekend schedule and an increased number of hands-on workshops, round table discussions, and practical presentations makes 2017 the most interactive NDS to date.

Early bird registration is currently available for a limited time at rugbysummit.com so be sure and register today!