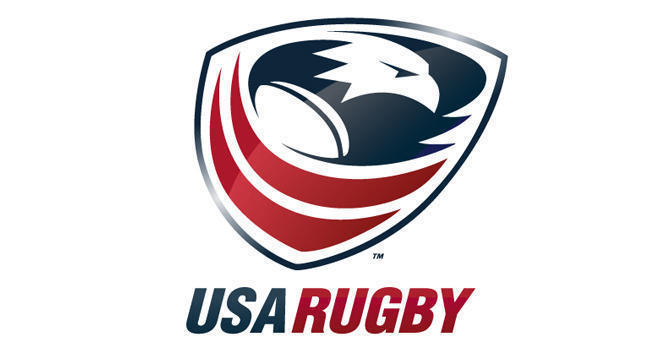 LAFAYETTE, Colo. – CSM Sport & Entertainment, a global leader in the business of sport and entertainment, announced today a new partnership with USA Rugby to help accelerate the growth of rugby in the USA. Under the landmark partnership, CSM has become a minority shareholder and the exclusive commercial sales agent for USA Rugby’s commercial entity, Rugby International Marketing (RIM).

CSM will bring its widely recognized international rugby experience and expertise to the USA Rugby business at a time when the sport of rugby is thriving and poised to expand to a new level of growth in the country. USA Rugby’s groundbreaking new business model, which includes RIM as a separate ‘for profit’ commercial subsidiary, aims to accelerate the commercialization and development of rugby in the U.S. by investing revenues back into the sport.

Chad Keck, Chairman of Rugby International Marketing, said: “We are excited to welcome CSM as a partner and investor in RIM. Their relationships and expertise in the world of rugby will be invaluable as we look to grow our sponsorship portfolio and raise the visibility of the sport in the United States.”

Rugby in the US is a fast-growing and exciting proposition for brands to take advantage of, with the strength of the Men’s and Women’s National Teams, the formation of a professional league, English Premiership Rugby teams playing matches in the U.S. and rapidly growing grassroots participation. The USA Rugby Men’s and Women’s Sevens teams are particularly successful, having both qualified for the recent Rio 2016 Olympic Games, and will be hoping to inspire the stars of the future at the 2018 Rugby World Cup Sevens in the San Francisco Bay Area.

The USA Eagles have hosted matches at the historic Soldier Field in Chicago in 2014 and 2015 against the New Zealand All Blacks and Australian Wallabies, respectively. The Men’s National Team will once again host a top-tier fixture this November in Chicago against the Maori All Blacks. Future fixtures against other Tier 1 nations for 2017 and beyond are also being arranged, proving the global rugby spotlight is increasingly focusing on the U.S.

Sophie Goldschmidt, Group Managing Director of CSM, commented: “Rugby in North America has never been stronger. The success of USA Rugby in recent years is evidence of the sport’s evolution in this important market. By investing in and becoming the exclusive commercial agent of RIM, we believe we can help further accelerate the growth of rugby in the U.S. Both commercially and strategically, this investment makes sense for both CSM and RIM as together we are looking to maximize the commercial success of USA Rugby.”

To heighten interest in the sport, RIM has developed The Rugby Channel, an “over the top” digital video platform which features live and on-demand rugby content from the United States and around the world. This new platform, accessible at www.therugbychannel.tv and via native mobile and connected device apps, is another unique selling point for CSM to leverage as brands are increasingly looking for high-quality digital engagement.

This investment and partnership further strengthens CSM’s presence in the U.S. and in the country’s fastest growing team sport. The growth, with more than one million people participating in rugby in the U.S, mirrors the increasing success of the national teams. In 2015, the USA Rugby Men’s Sevens team claimed its first HSBC World Rugby Sevens Series tournament win at the Marriott London Sevens and just a few weeks ago the Women’s Sevens team finished 5th at the Rio 2016 Olympic Games.

About Rugby International Marketing
Created by USA Rugby in 2015, Rugby International Marketing is a unique ‘for profit’ commercial entity tasked with representing USA Rugby’s commercial rights and developing new revenue streams to fund the game. The mission of Rugby International Marketing is to provide attractive financial returns to USA Rugby and its minority shareholders by utilizing third-party capital in an entrepreneurially driven, for-profit company. Among the properties represented by RIM are the USA men’s and women’s national teams, the Americas Rugby Championship, Grand Prix Rugby and the 2018 Rugby World Cup Sevens. Minority investors in RIM include the England Rugby Football Union and CSM Sport and Entertainment.

About CSM
CSM is a global leader in the business of sport and entertainment and is part of Chime Communications. CSM is active in every major sport world-class services from strategy to execution. The organization is made up of market-leading specialists that operate on every continent with over 800 people across 26 offices in 19 countries.

CSM has been at the heart of rugby since the beginning of the professional era and has worked across every region and major property in the sport. CSM has planned and activated alongside some of the sport’s most notable sponsors, including HSBC, Adidas, AIG and Dover Men+Care. Additionally, the agency represents some of the best players in the world, including Dan Carter, Kieran Read and Sergio Parisse.