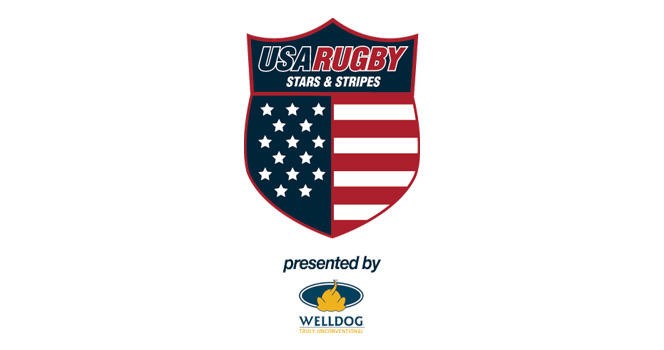 Athletes selected into the USA Rugby national high-performance training program will assemble at California Maritime Academy in Vallejo, Calif., July 14-19, 2015, culminating with the inaugural Junior and Collegiate Stars and Stripes match at the week’s end.

The Camp, which integrates portions of the AIG Men’s Junior and Collegiate All-American programs for the first time, is in conjunction with the men’s senior national team assembly leading into the Eagles test match July 18 in San Jose.

“We have been working to integrate our men’s national teams from each age into one program over the last few months,” USA Rugby Director of Performance Alex Magleby said. “This is another exciting step in that direction. One team, one mission.

“Integration of the physical, technical, and tactical norms from the Eagles into our age-grade teams, coupled with helping to facilitate improvements at the local, daily-training-environment level, will help expedite our performances at the top in years to come.”

“The recent fast growth of rugby in the U.S. and the long tradition of rugby union excellence in Australia provides a unique opportunity to build further positive connections between the places where our customers, suppliers, and employees live and work,” said John M. Pope, Ph.D., president and CEO of WellDog. “We love rugby, the U.S., and Australia, and sponsoring these hard-working athletes allows us to support all of them at once.”

Athletes selected to the Stars and Stripes Camp have demonstrated through superior skill and work-rate in competition, and / or with standout performances in the USA Rugby National Tracking Camps, that they have the potential to be standout Eagles in future Olympics or Rugby World Cups.

Over the six-day assembly, the high-potential athletes will work with Chris Brown, Men’s Eagles Sevens residency program coach; the MCAA and MJAA coaches; spend a day with the Eagles coaches; members of the Eagle Eye Scout Network; and other guest coaches as part of the HP coach development program.

Once finished with the Camp, each athlete will enter the USA Rugby High-Performance National Training Program, with annual periodization programs for their continued skill and physical development in conjunction with their collegiate or “home” club coach. This is an iterative process between the national team coaches, club coaches, and the athlete in order to better help the next generation reach their goals of performing in the Rugby World Cup or the Olympics.

“I am excited that we are once again having the age-grade players and programs dovetailing into a clear and intensive pathway towards the Men’s National Team,” USA Men’s Eagles Head Coach Mike Tolkin said. “The efforts now are much more concentrated to identify, develop, and monitor emerging talent for the Eagles program.

“It has been productive working closely with Alex on revamping this process, and having the Eagles staff working with each team and its group of coaches and players will, further down the line, benefit all involved.”

Others will be offered immersion scholarships in the 2015 Australia National Rugby Championship provided by WellDog or in the 2015 New Zealand NPC development season this September and October. Outstanding under-20-eligible candidates from the Stars and Stripes Camp will make the core of the 2016 MJAAs.

Building on the strength of those services and the company’s world-wide customer focus, WellDog now develops, sources, advances and manages a diverse set of innovative technical solutions. The company focuses on platform technologies that enable solutions to address the critical needs of today’s unconventional and alternative energy industries in a high volume, low cost manner.

About Stars and Stripes

USA Rugby’s Stars and Stripes Camps, a key step in the elite player development pathway, is where athletes begin to enter the USA Rugby national high-performance training squads and is an opportunity for the upper echelon of athletes at each age-grade level to be exposed to national team standards.