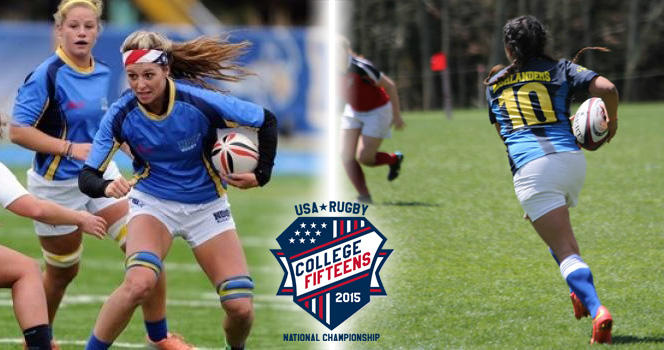 It has been exactly five months to the day since Notre Dame College secured the Fall Championship in Palm Coast, Fla., whereas Riverside did not know if its season would be over or not this time two weeks ago.

In their third year of existence, the Falcons cruised to the Fall Championship with six shutouts and defeated 2013 DII National Champion Winona State in the title game. Only defending Division I National Champion Penn State was able to bring down Notre Dame College in one of the closest matches of the Nittany Lions’ season.

The Falcons split their spring season between 15s and sevens and have dealt with turnover, as several starters are not fit or have left the program since the Fall Championship. To add to Notre Dame College’s preparations, it is finals week in South Euclid, Ohio, though Head Coach Mark Andrade said the team is ready to relieve the stress with Championship-caliber rugby.

Andrade cited his team’s ability to wear down opponents as one reason for its successful season, which included matches against Davenport and 2014 National Champion Mary Washington. Props Patsy Ford and Najya Jordan lead the way from the front row with freshmen Leslie Velez, prop, and Shania Young, flanker, bringing youth and tenacity to the forwards.

Notre Dame College has had to shuffle players around the pitch this spring to find the perfect combination for a Championship run, but the Falcons will be wary of a Riverside team that is on a roll of its own.

“They have some very skilled players,” Andrade said. “Even with the different team that we have as compared to the fall, I’m still confident we can match up against them.”

Riverside Head Coach Roger Light believes the Falcons have the advantage, with the May 9 date marked on Notre Dame College’s calendar since December. It was around that time Riverside took a winter break, after which the girls returned to campus more fit and prepared to use the spring semester as a title-readying season.

The Highlanders are led by captain and flanker Alysia Jones on and off of the pitch, but receive contributions across the game-day 23. Full back Michelle Hong kicked two penalty goals in the final 10 minutes of the Spring Championship Final against Cal State – Northridge, including the last-minute match-winner after the Matadors took a 22-20 lead. Northridge had beaten Riverside earlier in the season.

It all happened so quickly for Light’s team. One moment the Highlanders are trailing in the Spring Championship and the next they are celebrating a berth in the DII National Championship.

Like Notre Dame College, Riverside is a young program. A few seniors, like Jones, Desarae Milan, Brenda Suman, and Lisa Umeh, were members of the inaugural team, and now will end their Highlander careers in the National Championship game. The Falcons, along with DI West Chester, pledged to Riverside’s GoFundMe account to get the Highlanders out to Kennesaw.

There will be no mercy on the pitch Saturday, however. Riverside is prepared to match the Falcons’ physicality, while Notre Dame College will have to contain playmakers Hong and fly half Desarea Malan.

“They are impressive and super mobile,” Light said of his team’s opponents. “For a team with their size and strength, they can get around the field and don’t seem to slow down.

“They are going to come out extremely hard and ready to go and potentially catch us on our heels.” 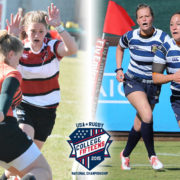