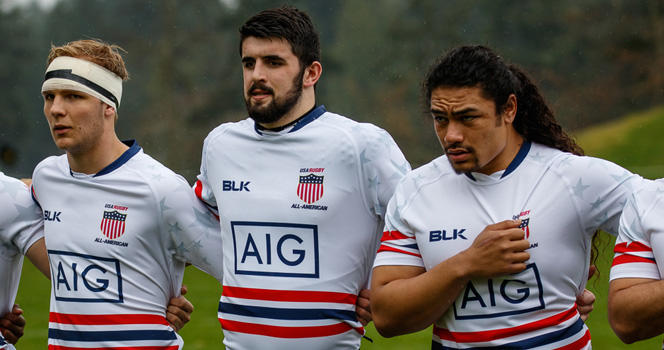 Two of the biggest events in sports – the Rugby World Cup and Olympic Games – will both be held in the next 15 months. With Eagles training at the Olympic Training Center in southern California, in high-performance cultures around the world, and with members of the national team coaching staff, it is vital future national team players have the opportunity to progress through the player pathway.

Male athletes wishing to try out for a national team, from the Junior All-Americans through to the senior Eagles teams in sevens and XVs, can apply to attend a USA Rugby National Tracking Camp. Though athletes are not required to possess prior rugby-playing experience, prospective attendees must be (or become) registered members of USA Rugby.

“Outside of dominating in one’s respective competition, setting the pace at a National Tracking Camp streamlines an athlete’s inclusion into the national team radar,” USA Rugby Director of Performance Alex Magleby said.

“Our best Junior, Collegiate, senior club, academy, and crossover athletes need every chance to not only be identified but to be monitored as they progress to future Falcons, Selects, and Eagles inclusion.”

Following each NTC, national team coaches will place athletes identified as having the potential for future Olympic and World Cup success in the National Training Squad for their respective age group. USA Rugby’s Olympic Development Academies will also take on athletes hoping to train in an advanced high-performance environment.

“The NTCs are the second step towards a national team cap,” Magleby said. “First and foremost, dominate the competition you’re in. Then set the standards alight at an NTC. National Training Squad inclusion comes quickly after that, including All-American and Elite City Sevens honors.”

Interested athletes must be eligible to play for the United States according to World Rugby’s Regulation 8 and register as a member of USA Rugby. To register for an upcoming Camp and pay the one-time fee of $60, visit the online registration form. Coaches interested in shadowing a Camp may do so at no cost, but must pre-register to attend. Coaches will pre-register using the same online registration form as athletes. In the Rugby Information section, you can indicate you are a Coach Observing.