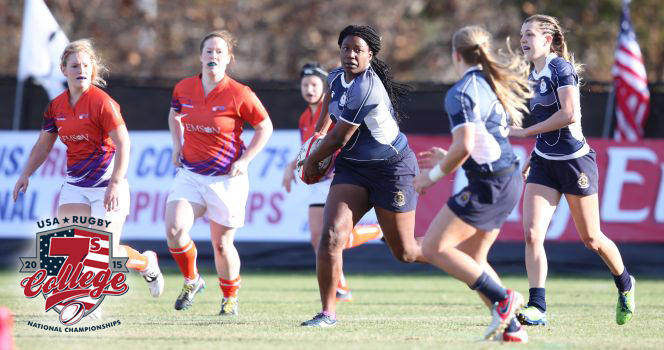 BOULDER, Colo. – The 52 teams competing at the 2015 USA Rugby College 7s National Championships have been determined. After a year-and-a-half hiatus in order to transition the premier college sevens event to the spring, the College 7s National Championships will be hosted by the University of Denver May 23-24. The event will include broadcast coverage on ESPN’s family of networks.

“The skill and competiveness of the entire field, combined with the facilities of the University of Denver and the coverage provided by ESPN, are sure to make this the finest college rugby sevens event yet,” said USA Collegiate Director Rich Cortez. “We’re extremely excited about the field. The teams have earned their way to Denver. It’s going to make for must-see rugby and exemplifies the growth of rugby in the colleges and the desire for National Championship participation.”

Sixteen Women’s teams will battle for a National Championship in Denver – a portion of which were carefully selected by the Women’s Competition Committee:

The 2015 College 7s National Championships sees the Men’s DII field expand from eight to 12 teams – nine of which stamped their place in the tournament by way of automatic qualification:

The two-day event will be streamed on USA Rugby TV, and live coverage of the tournament’s May 24 knockout rounds will be available on ESPN3 from 4-6 p.m. MDT and rebroadcast on ESPNU Monday, May 25, at 9 p.m. MDT