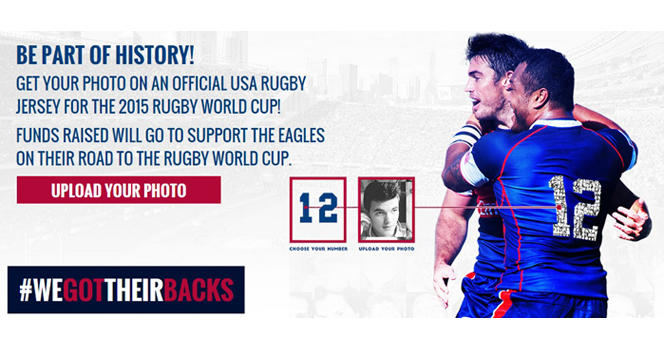 Central Washington’s 53-7 defeat of 2014 DI Finalist Stanford in the West Regional keeps the Cardinal from reaching a second consecutive National Championship Final, while Cal State-Northridge has one of last year’s DII Semifinalists in the way of back-to-back Final appearances.

BYU – West Chester
West Chester responded from a brutal, 58-0, loss to eventual National Champion Penn State in last year’s Semifinals to win the Mason-Dixon Conference undefeated. In four fall Conference matches, the Golden Rams allowed just two tries while scoring 339 points. Quinnipiac handed West Chester its only loss in the final match of the fall season before a March victory against Whitehorse Women’s Club readied the team for the Mason-Dixon Conference Championship, where the Golden Rams defeated North Carolina in the Final.

To prepare for April’s Mid-Atlantic Regional, the Conference Champion played two matches away from home in three days. After a 66-3 defeat of Bloomsburg, Northern Virginia Women’s Rugby Club became just the second team to best West Chester since May 2014, and the first since Nov. 8.

“Although we took a loss against a top-level women’s team, we were able to accomplish some of the goals and outcomes that we were looking for before the Round of 16 weekend,” Head Coach Tony Deremer told WCU Athletics.

The match against the Division II Senior Club added an extra spark to the Golden Rams’ play, as West Chester steamrolled James Madison for the second time this season in the Round of 16. Virginia came closer than most to ending West Chester’s run to a National Championship, but could not complete the Quarterfinal upset.

BYU’s only stumbling block on the way to the Spring Championships was a 30-29 November loss to New Mexico in Albuquerque. The Cougars could not convert a penalty kick at the final whistle to overtake the Lobos, who had regained the lead minutes beforehand. The March return trip was less fruitful for New Mexico, however, as BYU made quick work of the Lobos in a 110-5 romp in Provo.

With a month to prepare for do-or-die matches at the Southwest Regional, the Cougars did not overextend themselves with matches across the country, traveling to Camp W. G. Williams in Bluffdale, Utah, and hosting Vipers Women in Provo. The freshness was too much for Cal in the Round of 16, as BYU set up a third match against New Mexico with a 97-0 win.

The home crowd at Balloon Fiesta Park could not will the Lobos to a Semifinal berth or a best-of-three series win, with the visiting Cougars extending the aggregate score line of the season series to 214-40 with a 75-5 Quarterfinal victory.

In fact, the Wildcats did not have a head coach until the hire of capped Women’s Eagle Mel Denham two days after her American International team finished third at the National Championships.

The Wildcats, also bolstered by capped Eagle Katie Dowty as assistant coach, welcomed a few players that joined Denham from AIC, including 2013 WJAA Cassidy Meyers and WCAA-invite Megan Pinson. The program showed no signs of infancy, however, to the detriment of Central Washington’s opponents.

Nearby Washington State and Washington were drilled by Denham’s squad in the fall before it welcomed Quinnipiac to Ellensburg, Wash. The Bobcats gave Central Washington its closest test of the season in the Wildcats’ third 15s match against collegiate competition, but still lost.

Additional fall friendlies against fellow Pacific Mountain Conference teams Oregon State and Oregon, as well as a rematch with Washington State, prepared Central Washington for an undefeated inaugural season and first seed in the Conference’s North division. Hoping for a positive sendoff to the West Regional at Stanford University, the Wildcats took on Seattle Saracens’ senior club side, a 29-14 loss for Denham’s team.

“The game was exactly what we wanted going into [Regionals],” the head coach told CWU Athletics. “We needed to be challenged so that we could learn to operate under pressure.”

Whether or not the loss was on the minds of the Wildcats as they took to the Steuber Rugby Stadium pitch in Stanford is up for debate, as the team picked up where it left off in Conference play, defeating California State University-Chico, 101-0, and UC Davis, 57-10, in successive days to win the Conference Championship.

Central Washington kept rolling to beat UC Davis again in the Regional Semifinal and upend reigning National Championship Finalist Stanford at the West Regionals for a berth in the Spring Championships.

Life’s story is similar to Central Washington’s in that the Running Eagles also competed in their first season during the 2014-15 academic year. Quinnipiac again welcomed a new program to the fold with a 34-19 defeat of Life in Marietta, Ga., but Rosalind Chou’s side has not lost a match since.

The Running Eagles backed up a 7-1 fall record with shutouts of Florida State, Tennessee, and Central Florida to open the spring season, and only Georgia Tech registered points on the opposite side of the scoreboard prior to the South Independent Rugby Conference Playoffs. Life swept aside the Seminoles and the Knights by a combined score of 120-10 to win the Conference.

A 98-0 rout of Texas A&M in the South Regional Semifinal set up a Final against North Carolina at Furman University in Greenville, S.C. With ball in hand in the final minute of the match, the Running Eagles opted to go for the win in open play instead of kicking for the draw. Kaitlyn Broughton, who set up Life’s initial try, dotted down in-goal for the 12-10 win and berth in the Spring Championships.

“It’s an absolute honor to be moving on to the [Spring Championship Semifinals] in our very first year of the program,” Chou told Life U. “This team started modestly and has grown into something special. They have amazing chemistry and they look after each other.”

Like the other Semifinal’s teams, Central Washington and Life have no problem scoring. Looking solely at conference matches – four for the Wildcats and five for the Running Eagles – the teams combined for 686 points scored to just 22 conceded. In all competitions during the 2014-15 academic year, the teams combined for a 1,971-217 score line.

While Life has young talent across the board, Central Washington boasts plenty of All-American experience. Ashley Rolsma and Fina Toetu’u were both selected to the 2013 and 2014 Stars and Stripes Camps, the WJAA squad that competed in the U20 Women’s Nations Cup in England in 2013, and the inaugural Girls High School All-Americans powered by Serevi.

Cal State-Northridge – Florida International
The Matadors did not look like a Finalist in their 2014 Semifinal, having been kept in their own half for the better part of the 80-minute match. Northridge knotted the score at 5-5 after 40 minutes, and used the momentum going into the second half to pull out a 15-5 win.

Unfortunately for the Matadors, Mary Washington’s Cinderella-story-type run to the National Championship was not to be stopped. Mary Washington did not reach the inaugural Spring Championships, however, so the Matadors will have to deal with Florida International in Pittsburgh after beating Nevada-Reno and Humboldt at the West Regional.

Matched with Mary Washington in last year’s Semifinal, Florida International understands just how close a National Championship can seem. Undefeated throughout the season, the Panthers hurt themselves with errors in Stanford to finish fourth in DII.

With eyes on a second consecutive top-four finish and potentially more, Florida International showed its intent with strong victories over Alabama and South Florida at the South Regional.

Salisbury – UC-Riverside
Salisbury sailed through its Mid-Atlantic Regional Semifinal with a 50-15 defeat of Indiana University of Pennsylvania, then faced a tough College of Charleston side that had kept Mary Washington to one score. Salisbury came out on top at Founder’s Field with a 22-19 victory.

UC-Riverside’s only match at the Southwest Regional in Albuquerque was a 44-29 win against Texas State. With a cross-country trip to Pennsylvania, the Highlanders will need to control their energy levels against a nearby Salisbury team.

Uruguay beaten at home by determined Selects
Scroll to top